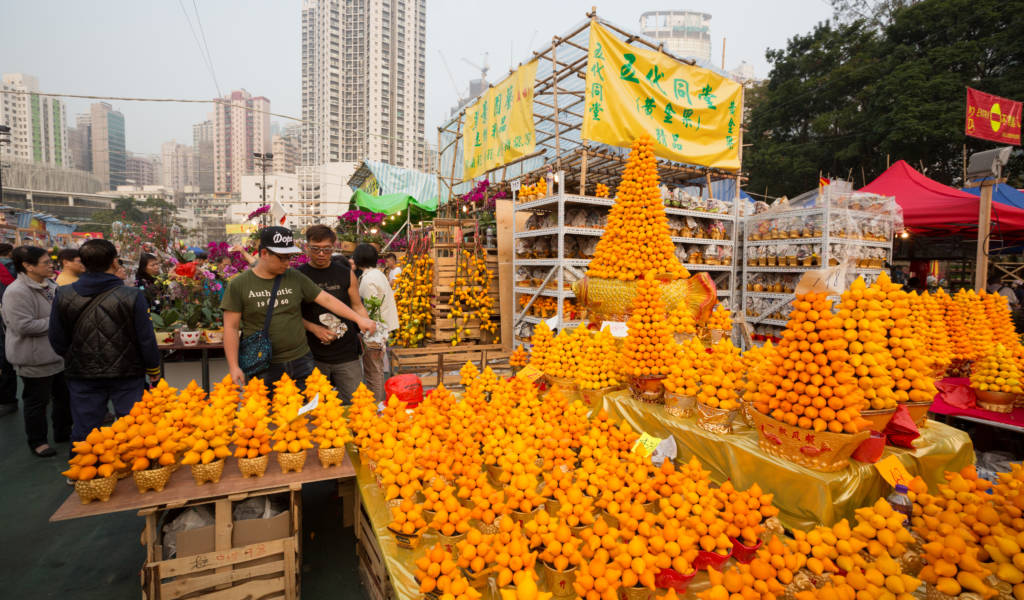 New year, new events! With pandemic protocols rolled back bit by bit, Hong Kong is back in action and in the mood for festivity. The city is set to celebrate the region’s biggest festival – the Lunar New Year – with aplomb (and plenty of turnip cake, too). So, shake off your holiday blues and bid adieu to the year gone by. It’s time to welcome the new year with stirring musical performances, art exhibitions, film fests and culture galore.

Did you know Hong Kong boasts its own species of frog? Romer’s tree frog is native to the territory, and has been spotted on Lantau, Lamma, Po Toi and Chek Lap Kok. Named after this curious amphibian, the Romer String Quartet is an ensemble formed by four musicians all born and raised in Hong Kong. The quartet has been recognised locally and abroad, and this time they’re performing with local pianist Rachel Cheung.

Conducted by Vivian Ip and presented by Alasdair Malloy of the BBC Concert Orchestra, The Fantastic Symphonic Time Machine will guide listeners through music by Mozart, Beethoven, Handel, Verdi, as well as from films such as Star Wars, Jurassic Park and Back to the Future. A perfectly family-friendly affair to spark a lifelong love of music!

The Love of Couture

Hong Kong is one of the most fashionable cities in Asia – nay, the world – so it’s no surprise that the continent’s first exhibition celebrating 200 years of couture is taking place here. Developed by K11 in collaboration with the Victoria & Albert Museum, the exhibition showcases precious pieces from the London gallery, and works by six emerging fashion designers crafted in response to them.

How does being a “fan” translate into a political identity? A new group exhibition entitled “Fanatic Heart”, taking place at contemporary art centre Para Site, attempts to answer that question. Investigating the political potential of celebrity culture through the lens of fandom, fifteen artists draw provocative new connections between celebrity worship, drag, postcolonial and post-socialist identities, religion, and the rise of various social movements.

To My Nineteen Year Old Self

Lately, West Kowloon’s M+ Museum has been abuzz with works by iconic Japanese artist Yayoi Kusama. In addition to displaying renowned works of art, the M+ regularly hosts screenings of movies both local and international. Head here to watch documentarian Mabel Cheung’s 10-year-long project To My Nineteen-Year-Old Self. The film chronicles the lives of a handful of students at Ying Wa Girls School (of which Cheung is an alumnus) as the campus is demolished during one of the most turbulent chapters in Hong Kong history. For more films with a distinct local focus, don’t forget to check out Netflix.

From the critically acclaimed animated feature Flee to the Bong Joon-ho blockbuster Parasite, the MOViE MOViE Extra Festival is all about bringing the best of contemporary cinema to viewers in Hong Kong. Curated by local new media group The Kongner in partnership with MOViE MOViE, the movies will play at theatres in Admiralty and Taikoo Shing.

A filmic exploration of sexuality, desire, and the male gaze, Fest of Belles & Queens brings together iconic movies featuring French and Italian actresses like Brigitte Bardot and Monica Bellucci. While you’re there, make sure to peek at the Hong Kong Film Archive’s incredible collection – it boasts four floors dedicated to state-of-the-art film storage and preservation, and exhibits uncovering Hong Kong’s glitzy cinematic history.

Say hello to the Year of the Water Rabbit! One of the most enjoyable parts of Lunar New Year – besides the food – is the flower markets held across the city. While last year saw several fairs being cancelled, this year expect to see 15 locations decked out in auspicious flowers and foliage. Victoria Park in Causeway Bay and Fa Hui Park in Mong Kok are the two largest ones, but many others will be bringing that flower power. Prepare those green fingers: top plant picks include bright orange mandarins and tangerines, delicate orchids and peach blossoms, pomelos, lucky bamboo, and Chinese peonies.

For a wide range of quirky and nature-oriented day trips, traverse into the New Territories! During the Lunar New Year, Hongkongers flock to the village of Lam Tsuen in Tai Po to pray for good luck and write their wishes for the new year. Jot down your hopes and dreams, then toss it into the banyan tree. The higher it lands, the better your chances that the wish will come true. Think of it as a sort of analogue to the new year’s resolution – but with a heavy dose of folklore and (possibly slapstick) fun.

What makes the “fragrant harbour” smell so sweet? Agarwood, also known as oud, which lends woody-smoky notes to some of your favourite perfumes!
Up your DIY game with incense-making workshops at the Hong Kong Incense Company. Led by master Aaron Tang, participants will learn not only how to craft their own incense using fully natural and ceremonial grade ingredients, but also learn about the history of incense in Hong Kong.

(Vicariously) blow off steam at the Ultimate Extreme Fight, hosted by the Hong Kong Boxing Association. Hong Kong boxers will face off against fighters from North Macedonia, Mongolia and Cambodia at home and compete for the championship. Catch rising stars like Cao Xingru and Tan Junxuan, ranked 33rd and 38th in the world respectively, doing what they do best. All-girl rock band FIESTER will be there to belt out adrenaline-pumping tunes. You may just be inspired to sign up for an indoor fitness class!