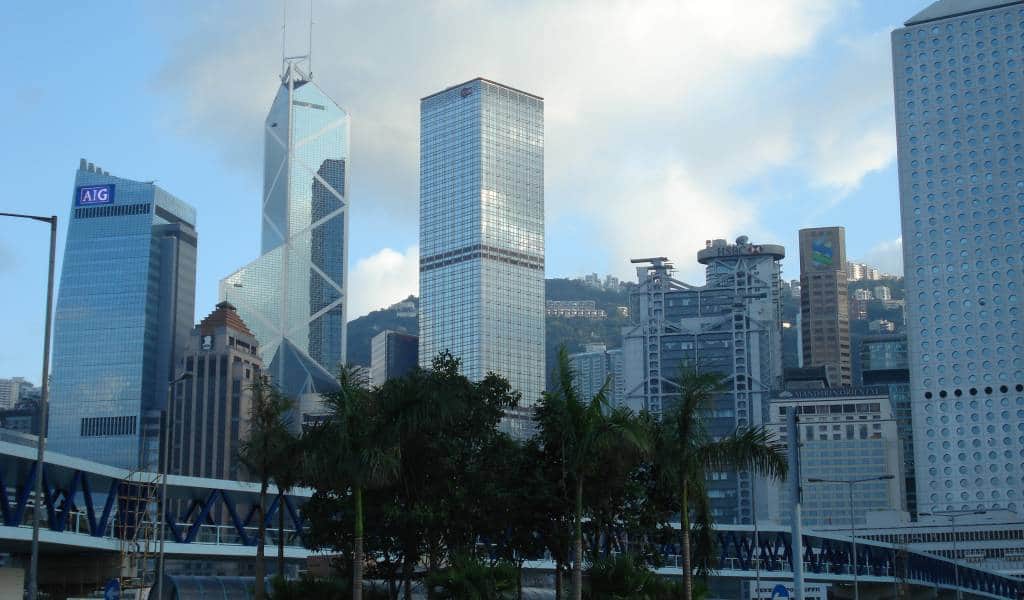 Hong Kong’s swank Central business district is where old and new intertwine, and East and West truly live side by side.

Central is the power-hungry, commerce-loving, beating heart of Hong Kong’s finance district, with an iconic skyline, super skyscrapers, and Victoria Peak. This is where all of the biggest banks and international companies call home, as well as multiple Michelin-starred restaurants, huge shopping malls, and awesome rooftop bars with views of the city below.

But it’s also a historic area with many quaint old neighbourhoods, where tiny cobblestoned streets wind their way through traditional Chinese markets and up into the steep hills where billionaires live. Visit Central to see the strange juxtaposition of the old and new, where East and West mingle in a wonderful mélange.

What to see and do in Central

Central is best explored on foot, and a good starting point is Statue Square, which stands in front of the old Legislative Council Building, one of the few remaining neo-classical buildings leftover from the days of British rule.

Across the street is the imposing HSBC Building, with two iconic bronze lions, ‘Stephen’ and ‘Stitt’, who have a fascinating story. These two regal statues narrowly escaped being melted down during the Battle of Hong Kong in 1941, but made it out alive, save for a few bullet holes, which are still visible.

Stroll down Queen’s Road Central if you like shopping for brand names, but be sure to also pop down ‘The Lanes’, two narrow parallel street markets of Lee Yuen East and Lee Yuen West, choc-a-bloc with great cheap souvenirs and clothing.

A must-see is the Mid-Levels Escalator, the longest outdoor covered escalator system in the world, running for almost a kilometre up into the hills. In the morning the escalator goes downhill to take commuters to work, and then switches to uphill at 10 am. All along the escalator are bars, restaurants, and shops, and is a great place for people watching.

If you need to escape the crowds, visit the peaceful St. John’s Cathedral, and continue your walk to the Hong Kong Zoological and Botanical Gardens, a lush green park in the Mid-Levels with aviaries, greenhouses, and a small zoo.

The Peak Tram Terminal is also in Central, and no trip to Hong Kong is complete without riding the tram up to the stunning Victoria Peak, with full panoramic views of the mega city below, and the green waters of the South China Sea. If you like to walk, take the tram up, and hike your way back down to the city.

Along the waterfront there’s a newcomer to the tourist attractions—the Hong Kong Observation Wheel, which is near to Pier #9 by the Central Ferry Terminals. When the project began people wondered what was the use of an observation wheel dwarfed by the skyscrapers of Central, but it is a good way to get uninterrupted views of Victoria Harbour.

What to eat and drink in Central

You’re spoiled for choice in Central, with every cuisine under the sun and prices to suit every budget. But first, you absolutely must try authentic Cantonese dim sum.

Maxim’s Palace at City Hall is one of the top places to have dim sum, with commanding views of Victoria Harbour below, and a gang of friendly old ladies who push traditional carts laden with bamboo baskets through the restaurant—just point at what you want and they’ll stamp it on your bill. Lunch time is busy, but the 30-minute wait will be worth it.

If you want to go really local, and aren’t afraid of street food, pull up a stool at any ‘dai pai dong’—open air food stall—and hope that they have an English menu. Popular dishes are wonton noodle soup, and pork chop with rice.

For something a bit more upscale, wander around the horseshoe-shaped Lan Kwai Fong area, where bars and restaurants spill out into the streets, and take a seat in the alfresco ‘Rat Alley’ (don’t let the name turn you off!). On Friday nights, Lan Kwai Fong, or LKF as the locals call it, becomes a booming, raucous, crowded party zone, closed off to traffic, and open till morning.

Less raunchy than LKF is SoHo, or South of Hollywood Road, where it’s more about chatting with friends over a glass of wine at a lounge rather than partying. SoHo is also full of art galleries and trendy cafes.

For a bar with a view, dig deep in your wallet and take in the breathtaking sights from Sevva in Prince’s Building. Nearby is the IFC Mall, which has an open-air terrace open to the public, as well as a number of harbour view restaurants.

Hong Kong is very liberal when it comes to drinking, so if you’re really on a budget, simply buy a few from the 7-11 and take a seat along Victoria Harbour, watching the lights of the city sparkle. You can even buy beer from the 7-11 in Lan Kwai Fong and enjoy the street party on a Friday night without paying bar prices.

Where to stay in Central

Staying in Central won’t come cheap, and Hong Kong is notorious for having expensive hotels. But if you’re determined to stay in this area, you have a few decent options that won’t break the bank.

Most people who want to stay in Central instead use Airbnb, which is also an interesting experience because you get to see how the locals, and expats, live. Hong Kong apartments are famously tiny, but not as tiny as the hotels.

All Articles about Central