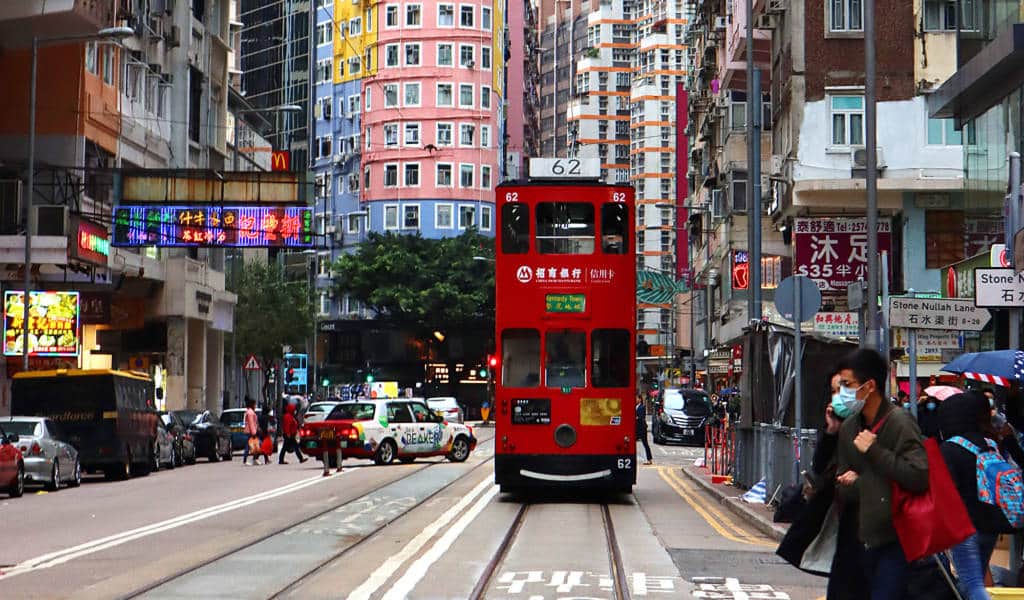 If there’s any city that can say it’s got public transport figured out, Hong Kong is it.

Cars, trams, buses, ferries, and a gleaming, highly efficient subway system to make any other city jealous, Hong Kong likes to make getting places quick and easy. Here’s an overview of the public transport options you have to get around town.

This is first thing to do to make getting around easy in Hong Kong is to get yourself an Octopus Card. The stored-value card works much like the Oyster in London or the SmartCard in Washington DC. While those can usually be used only for a limited number of transport options in those cities, in Hong Kong, the Octopus Card is accepted almost universally.

It’s also an easy way to go cashless in the city, as you can also use it to pay at quite a few restaurants (often fast-food places), retailers, convenience stores (usually places that don’t sell big-ticket items) and even hospitals.

Where to buy an Octopus Card

The best place to buy one is at the customer service booth of any MTR or Airport Express station. (We’ll get to what those are in just a bit). Here’s a full list of places that sell them.

There’s also a tourist version, which features an illustration of the harbour. Personally, I don’t see much benefit in getting a tourist one over a regular, other than the fact you can buy it at 7-Eleven and other convenience stores.

Run by the MTR corporation, Hong Kong’s subway operator, this high-speed railway takes you from the airport to Central Hong Kong’s financial district in just 23 minutes. It also stops at Tsing Yi (a mostly residential district) and Kowloon (the western part of the peninsula) before reaching Hong Kong Island.

In the other direction, it also connects to the Asia World Expo, where many of the city’s trade events and concerts take place. Round-trip tickets to AsiaWorld-Expo are cheaper than to the airport and back.

There are also travel passes available, but personally I find it’s cheaper to get my single-journey group ticket, then use my Octopus card to get around the city. The travel passes only really work on the MTR, not on any of the ferries, etc., and are only valid for three consecutive days of unlimited travel on the MTR.

The only time I can think it might worthwhile getting the travel passes is if you’re planning to stay somewhere farther out from the city centre (Tuen Mun, for instance) and travel back and forth a lot.

Subway, Underground, Tube, Metro—whatever you want to call it, Hong Kongers aren’t shy about claiming we have the best subway system in the world. Extremely clean and efficient, you’re likely to never be waiting more than 5 minutes for a train. At peak hours trains come every 1–2 minutes. Just be aware things do get crowded at some stations during rush hour (8 am to 9 am and 5:30 pm to 7:30 pm).

Look for this symbol to find a station:

There are ten main lines. The ones you’re most likely to take as a visitor are:

Here’s the MTR journey planner, which tells you the time and price it’ll take for you to get from station to station. Give yourself 10–15 minutes of leeway time in case you get lost underground.

The major stations like Central, Kowloon Tong and Admiralty can be labyrinthine. Central can be particularly tricky, as it connects several different lines, Tung Chung, Island, Tsuen Wan, and even to the Airport Express. Lucky for us Google Maps has made life easier by telling you what exit you need to take to get to any given destination. It’s actually also a great way to figure out the best routes.

Taxis in Hong Kong are cheap and easy to find in most urban areas of Hong Kong.

There are three different colours. The red taxis operate throughout most of Hong Kong, the green taxis in the New Territories, and the light-blue taxis only on Lantau Island.

Here’s the latest price charts for taxis from the Transport Department.

You can also find details on a bright-yellow sticker on the inside of the passenger-side doors.

There are two types of minibuses in Hong Kong: the red and the green.

Google Maps is generally decent for figuring out the best routes and timings.

Routes can be found here: http://www.16seats.net/eng/

They’re usually one of the fastest ways to get around Hong Kong, their double-decker cousins often take a while during peak hours, since more people get on and off.

These buses connect most of Hong Kong.

Hong Kong is made up of over 200 small islands (mostly uninhabited rocks), so ferries are a part of Hong Kong’s day-to-day commute. Here we lay out the major routes.

These iconic ferries are one of the best ways to see Victoria Harbour, and still the most affordable ways to cross it. They travel on two main routes, between Central and Tsim Sha Tsui and Wan Chai and Tsim Sha Tsui. Check out our full guide to taking the Star Ferry.

These start from Central and head to Lamma Island, Cheung Chau and Lantau.

If you have the time, and the weather is cooperating, Hong Kong’s trams (aka Ding Ding) are one of the best ways to see the northern part of Hong Kong Island. Routes stretch from Kennedy Town in the west to Shau Kei Wan in the East. They’re slow, and not as reliable as the MTR, but great for short distances and cutting through traffic as they run on their own tracks along the main roads.

Hong Kongers often use Uber when they have larger groups and for those times when getting a taxi is difficult. (Taxis just seem to disappear when it starts raining in the city.)

Just know that Uber is technically illegal in Hong Kong. Drivers have been prosecuted for operating illegal taxi services.

As long as the weather permits, Hong Kong is an incredibly walkable city. To get your bearings on Hong Kong island, remember the harbour is north and the mountains are south.