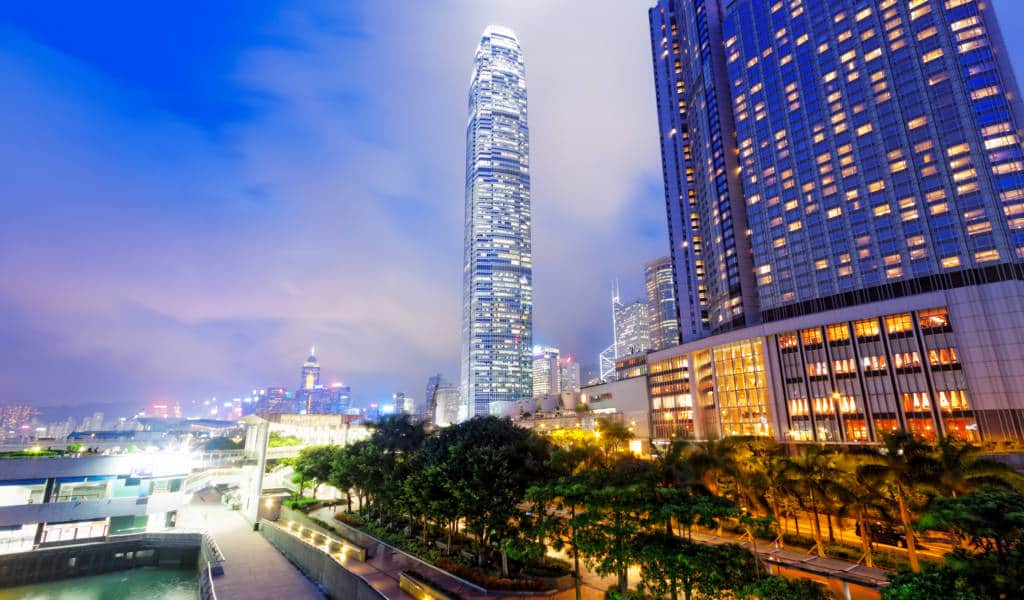 At some point during your trip to Hong Kong, you will probably pass by or through the International Finance Centre (IFC) in Central.

This prominent landmark stands tall in Central, comprising the popular IFC Mall, the luxurious Four Seasons Hotel, and the One and Two IFC (the tall one is Two IFC), which are primarily offices and financial institutions.

The IFC is also a transportation hub, as it houses Hong Kong Station, where the Airport Express arrives, and stands in front of Victoria Harbour and the Central Ferry Piers.

With a series of tunnels and walkways, it provides commuter access to the Central MTR Station, the Exchange Square Bus Terminus, the Macau Ferry Terminal, and the Mid-Levels Escalator. Right next to the IFC is the Hong Kong Observation Wheel, and the Central Harbourfront Event Space.

Another nice feature of the IFC is its open-access outdoor patios, with great views of both the harbour, and the skyscrapers of Central.

But most tourists with deep wallets love IFC Mall because of its luxury brands like BVLGARI, Chanel and Alfred Dunhill, though you can find shops like Zara and Accessorize thrown in for the regular plebs. The Apple Store is a major draw, with tourists from mainland China filling up their suitcases with phones.

There’s a major supermarket, City Super, which has a lot of takeaway options as well as groceries and alcohol. It also sells a wide variety of foreign goods from Japan, Korea, and Europe.

IFC Mall has a posh cinema, the PALACE ifc Broadway Circuit, with a wine bar and vibrating seats (though those two things should probably not be combined).

Talking about wine, there are also some very swanky bars in IFC Mall, but they don’t come cheap. One of the best places to check out is PONG Bar, which has a gorgeous outdoor terrace facing Victoria Harbour, and a huge choice of cognacs. Italian restaurant Isola Bar + Grill is another popular choice, with awesome panoramic views. And Market Sea has outdoor seating, with a spicy Thai menu.