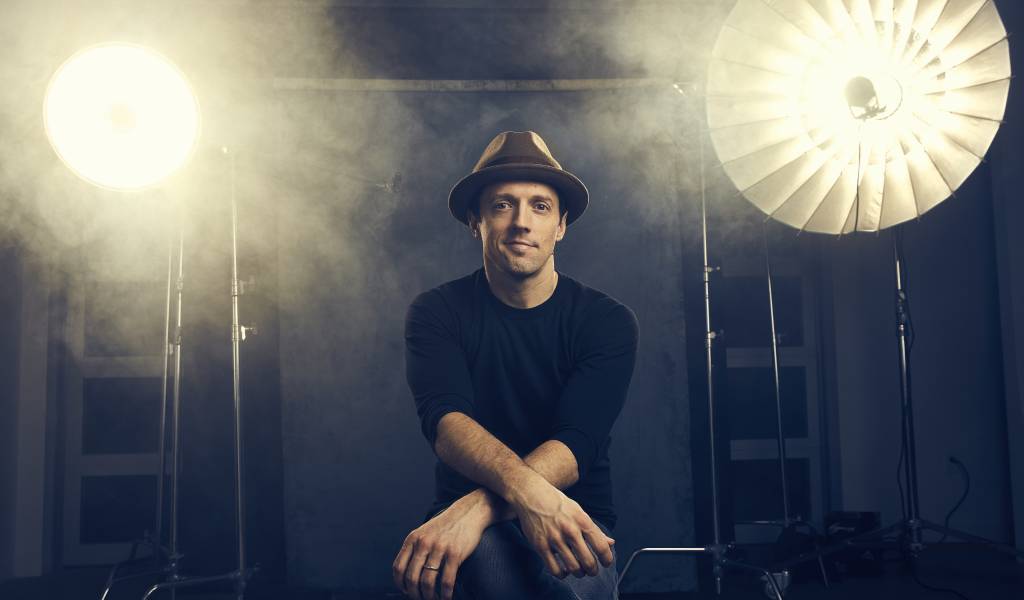 Best May 2019 Concerts, Shows and Movie Releases in Hong Kong

K-pop and Mandopop are kings (and queens) this month on the concert front, but fans of other genres may find the live scene somewhat lacklustre compared to April’s avalanche. What is picking up though are films, as the summer blockbusters are just on the horizon and film studios are giving Hong Kong a big taste of what’s to come.

In a highlight of the month, the one, the only, Scottish noisemeisters Jesus And Mary Chain will make a surprise return appearance in Hong Kong on May 28th. While their sound has certainly evolved since their controversial debut in the early 80s, the Reid Brothers are sure to mix up their latter-day sweet guitar rock melodies with the amped buzzsaw sound which punctuated their first recordings. And yes, they’ll play longer then 15 minutes this time around. Catch them at the KITEC Music Zone—earplugs are advised.

Fresh off his sixth album Know, Jason Mraz brings his beach soaked, upbeat pop melodies to the city for two shows on May 17th and 18th at the Hong Kong Convention and Exhibition Centre. Given his casual nature, anything can happen during the two-time Grammy winner’s return to the city, which means that duets with local artists and audience participation is a distinct possibility.

Quick—name the act who is considered to be “The Beatles of the Chinese World”! If you said Mayday, you’d be correct, for the Taiwanese rock-pop act have set many records in their own country, and are now hell bent on conquering the rest of the world. Two decades in, they have plenty of ballads and mid-tempo rock songs to draw on. They’ll need them too, for they are ambitiously performing six concerts at Hong Kong Disneyland beginning on May 3rd.

There’s so much fuss over South African singer Troye Sivan’s debut seven-city Asian tour that his Hong Kong date is reportedly already sold out on May 6th at the AsiaWorld-Expo. Whether it’s his YouTube videos, film roles or singing, Sivan’s packed quite a bit into his 23 years. Yet it’s the EDM-based pop on his two albums that fans will clamour to see.

With Confidence are a Sydney-based pop-punk guitar band favourably compared to Blink-182. The trio has toured the world on the back of two well-received albums and make their Hong Kong debut on May 3rd at This Town Needs. Expect positive poppy herky-jerky songs that will have those in attendance pogoing around. They may even bust out their acoustic guitars with equal aplomb. Copak and Seasons of Change open.

By day, he’s a full-time doctor, but by night, Ryan Cheung wants to be a singer in the vein of John Mayer and Bruno Mars. He spent a year working on his debut four-song EP, and on May 3rd, he unveils “Release” to the city. Expect to hear the EP in its entirety along with other originals as performed by Cheung and his accompanying band at The Fringe Club.

Six local comedians, all in one laugh-packed show—or as the promoters call it, “the best and brightest comedians in Hong Kong”. Expect plenty of insights on local and expat life in the city, as performed by Hong Kong comedians who have honed their funny bones via improv groups and opening for overseas talents. Peter Grella is the headliner, and word has it that he likes to poke fun of himself. Decide for yourself how these comics stack up on May 4th at The Nest.

It’s dark comedy of the blackest sort, as Eclectic Theatre HK presents the story of a writer who finds himself the suspect of three murders that are extremely similar to the plots of his stories. With four evening shows, expect high-quality theatre in an intimate minimalist setting that the Central-based Fringe Club is known for.

It’s the first-ever Pokemon live action adventure, and with that, the summer movie season gets a head start. See Ryan Reynolds as Detective Pikachu in a film that’s one part mystery, one part adventure and a dash of comedy in this live-action story. With Rob Letterman at the helm (“Goosebumps”), expect zany entertainment.

Opens: In theaters across the city beginning on May 9th (in both 2D and 3D)

Take two women, one high class and the other low, who team up to scam scummy men. That’s The Hustle, a film comedy starring Anne Hathaway and Rebel Wilson that’s getting good advance buzz. Or you can just think of it as an updated “Dirty Rotten Scoundrels” with women.

Opens: In theatres across the city on May 9th.

Some may know her as a former member of the Korean pop band Apink. But Jeong Eun Ji wants you to know that she’s acted in films and released three mini-albums since that time. Now, the 25-year-old makes her Hong Kong debut with two shows at the McPherson Stadium on May 18th and 19th. Expect plenty of pleasant ballads and, erm, K-pop.

For two decades, The Punchline Comedy Club has reliably brought cutting-edge comedians to Hong Kong. The latest to appear soon is Andy Parsons, who is best known for his appearances on the UK show “Mock The Week”. He was also one of the main writers on the show “Spitting Image”, has won several awards and released four live DVDs. Expect topical jokes and comedy that cuts through the bull during his three nights here beginning on May 16th.

This Brisbane-based act may be the one true under-the-radar act to appear in our city in May. Describing them as similar to The Kooks or The Strokes doesn’t do them justice—nor does the term “indie rock”. With slinky dance beats and an electronica undercurrent mixed in amongst their dreamy rock choruses, this trio grows on you like a sunny day. Following sold out shows overseas, catch their debut at This Town Needs on May 17.

As part of The Underground’s 15th anniversary celebration, they’ll be presenting Heavy, an evening filled with loud metal acts that formed in Hong Kong. Topping the bill on the night will be ARKM, who were influenced by such acts as Nine Inch Nails and Tool. Yes, it will be that kind of evening at The Hub in Wan Chai. The metal core sounds of Wreckage of Progress, the punkish K’scope and the death metal sounds of Cursed Eyes fill out the bill. Bring earplugs.

Like the big band era with those swinging trombones and bebop rhythms? Well then, you’re in luck, as the three-year-old Big BandExpress will be romping through a catalog of genres and sounds at The Fringe Club. The 20-piece Hong Kong–based band will go back in time and bring the music right up to 2019. You’ll swing, you’ll groove, you’ll break in those shoes on May 18th.

They call his musical style simply “Xue’s Ballads”—and you’re either on Joker Xue’s Mandopop express train or you’re not. Over a decade and nine albums in, Xue is billed as China’s most streamed artist on Spotify, in addition to being one of the only Mainland artists to headline Wembley Stadium. Expect plenty of enthusiastic screams and hands clappers in the air when he brings his “Skyscraper” tour to the AsiaWorld-Expo Arena on May 19th.

Keanu Reeves returns as the lone, powerful hitman, guns blazing of course, for the third time. In this installment, he tries to fight his way out of New York City, only this time, he has fellow hitwoman Halle Berry at his side. Expect fireworks of all sorts.

Opens: In theatres across the city on May 16

Charlize Theron and Seth Rogen star as a diplomat and a journalist respectively. When she decides to run for the Presidency of the United States, he becomes her speechwriter. Think they’ll fall in love in this comedy?

Opens: In theatres across the city on May 23rd

The “One Million Star” reality show winner Yoga Lin returns to the city for a three-night engagement at the Hong Kong Coliseum on May 24th on through to the 26th. Expect a mixture of Taiwanese-inflected pop mixed in with some soundtrack work and even some jazz, though the emphasis will be on the singer’s five studio albums. It will all be part of his “Idol” world tour, so expect shouts of “We love you, Yoga!” and the like.

You can call her Mallrat, but the Brisbane-based singer’s dreamy pop is far more visionary than standard radio fare. Young Grace Shaw has already achieved gold success in Australia, and her Hong Kong debut will only add to her growing success story. Check her out so you can say you saw her when . . .

Godzilla: King of the Monsters

The successful Hollywood reboot of the famed Godzilla continues in this highly anticipated sequel, as the monster of the sea takes on a trio of rivals in Mothra, Rodan and the three-headed King Ghidorah while the world watches. Ken Watanabe and Sally Hawkins reprise their roles from the first film, with the addition of Zhang Ziyi, Vera Farmiga, Bradley Whitford chiming in to look fretful and worried about the fate of humanity.