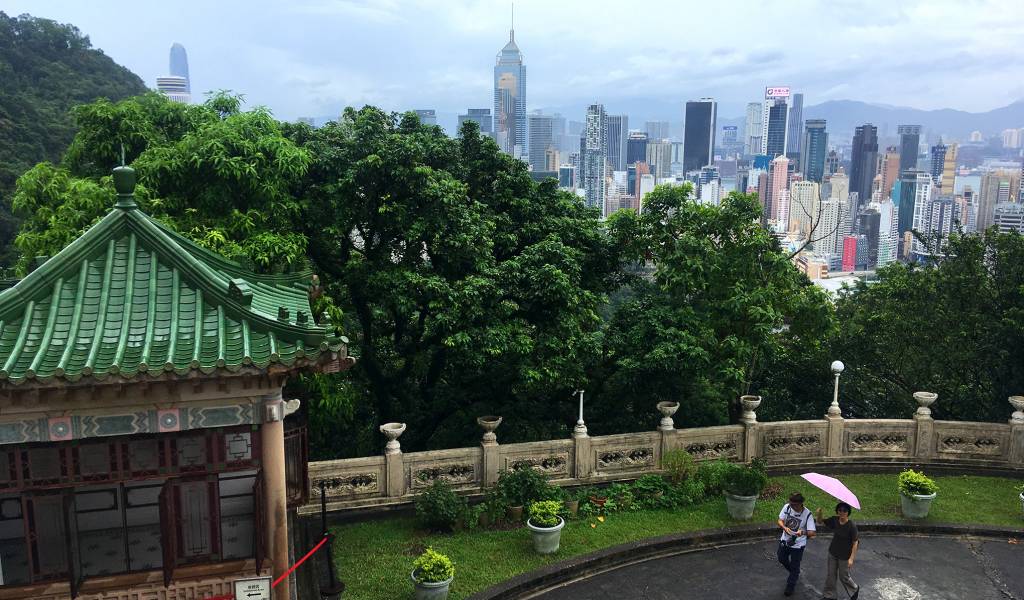 Is This the Most Beautiful Historical Home in Hong Kong?

Along a meandering hillside road, a traditional Chinese gate appears amongst trees and bushes, offering a glimpse into one of Hong Kong’s most beautiful examples of historical architecture: King Yin Lei.

With red-brick walls and green-tile roofs, King Yin Lei poses a striking contrast to the monotonously modern tower blocks and luxurious European-style houses in the neighbourhood.

Declared a monument in 2010, the house remains idle most of the time. But it may get a second breath of life, soon.

Earlier this year, the Development Bureau told Hong Kong Cheapo that “King Yin Lei will be included in Batch VI of the Revitalisation Scheme which is tentatively scheduled for launching by the end of 2019.”

The Scheme encourages non-profit organisations to submit proposals to revitalise heritage sites. It’s the third time King Yin Lei is part of the scheme—no proposals had been accepted during the first two rounds.

But before we find out more about the future destiny of the mansion, there’s a way to tour the mansion.

For a few weekends every year, the gate to King Yin Lei opens to the public for free (for 2019 dates, see the Tickets sections below). In addition to its architectural style, it also has a storied past, involving two of the wealthiest families in town and one dramatic narrow escape from bulldozers in 2007.

Built in 1937, King Yin Lei’s first owners were Li Po-lun and her husband Shum Yat-chor. Li was the daughter of Li Sing, the most successful tycoon in Hong Kong during his time. Shum was a respected businessman and philanthropist from Guangdong.

In 1978, Yeo Chei Man, AKA the king of pickled fruits (a traditional Chinese snack), bought the mansion and renamed it King Yin Lei after his ancestral home in mainland China.

In addition to its former famous occupants, King Yin Lei, or Hei Lo, is special for two reasons.

First, it was one of the first Chinese-owned homes in the Mid-Levels, an area mostly exclusive to the Europeans under British colonial rule.

Second, the mansion was designed during the peak of Chinese Renaissance Architecture movement. When the first generation of American-trained architects returned to China in the early 1900s, they wanted to revive traditional Chinese aesthetics in architecture with modern techniques.

The movement spread to Hong Kong in the 1930s. It was relatively less popular compared to other cities in China because of its political situation.

So it’s one of the few remaining examples of a Chinese Renaissance architecture in Hong Kong and is one of the finest in South China.

A narrow escape from bulldozers

Fast-forward to 2007, after failing to get a reply on the preservation of the site, the then-owner sold King Yin Lei to a Chinese businessman. In September, dump trucks appear on site and workers demolished parts of the roofs and walls, stirring opposition from The Conservancy Association of Hong Kong first, then the media and the public next.

The government then declared King Yin Lei as a proposed monument to stop the construction work on the site.

It was a few months later when the government and the owner reached an agreement. The government traded another plot of land nearby for King Yin Lei with the third owner.

A two-year challenging restoration works kicked off soon. The government graded it a declared monument in 2010 after the restoration.

What to see in King Yin Lei

It’s not an exaggeration to say that there are beautiful details and Chinese motifs wherever you look.

Some of those design techniques had become obsolete before the restoration team painstakingly revitalised and recreated them.

The complex also features a swimming pool, a pavilion, a pets’ area and a rear garden.

Volunteers will be stationed at the three main buildings during open days to give guided tours to visitors (in Cantonese). Exhibitions are in English and Chinese.

How to get tickets to King Yin Lei

King Yin Lei is usually open for six weekends, with four 90-minute sessions each day, each year. Free admission tickets (about 40,000 tickets in total) are given out in two rounds throughout the year, on a first-come, first-served basis.

You can visit the Development Bureau’s heritage conservation website’s What’s New section to find out about the latest details about the open days.