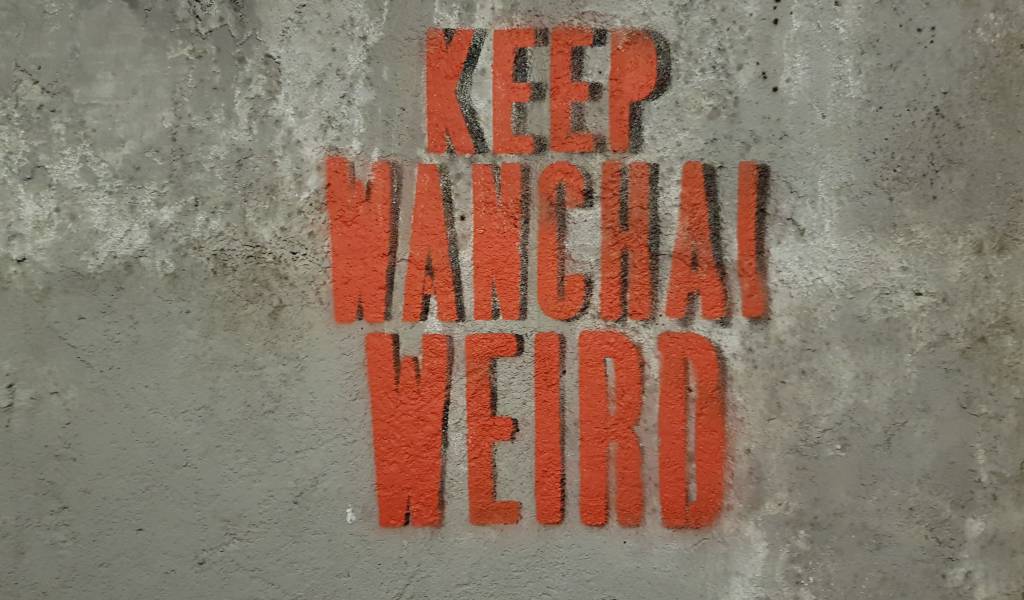 10 Free and Cheap Things to Do in Wan Chai

Cheapos know that some good things do come for free—or at very affordable prices. From touring a hidden mansion to drinking on the top of a historical building to visiting the world’s highest church, here are our top picks for fun and free things to do in Wan Chai.

At the junction of Queen’s Road East and Stone Nullah Lane, a cluster of wondrously colourful, historical, mixed-use walk-up buildings stand out from the neutral-tone skyscrapers in the neighbourhood. And the shiniest among them is the Blue House.

You can’t miss it if you wander around Wan Chai. Revamped in 2017, Blue House—a tenement house covered in bright blue paint—has a history dating back to 1920. It’s one of the few remaining tong lau (old walk-up buildings) with balconies in Hong Kong.

Hailed as one of the best examples of revitalisation in town, the four-storey building is now a residential building/museum. In addition to original tenants, new tenants have been enlisted through its Good Neighbour Scheme—a scheme to attract residents who are eager to engage in the neighbourly community. 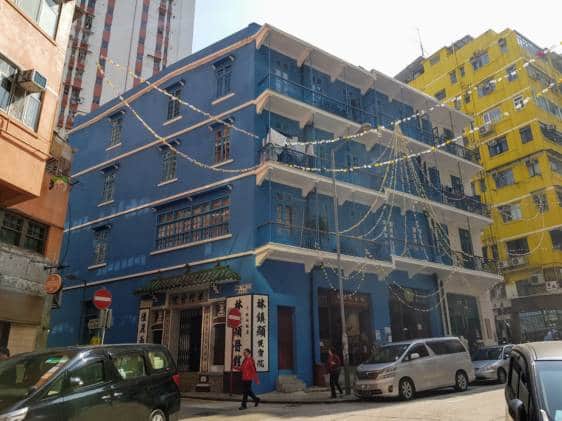 Wan Chai has its fair share of vibrant street markets and Tai Yuen Street is the most joyful and playful of all. Dubbed Toy Street by locals, it’s flanked by toys, collectibles and festival decorations on the little street stalls as well as in shops hidden behind the street market.

The market, spanning along Tai Yuen Street as well as the intersecting Cross Street, also sells all kinds of dry and wet grocery, clothes and accessories as well as electronics.

3. Drink at a century-old heritage building for free (well, almost)

Dating back to 1888, Woo Cheong Pawn Shop next to the curved tram route in Wan Chai is one of the most iconic postcard shots in Hong Kong. The three-storey building now houses The Pawn—a bar (on the 1st floor) and a restaurant (on the 2nd floor).

It certainly isn’t the cheapest place to eat and drink, but its rooftop garden of the building is actually public space. Visitors can BYOB and access the rooftop through an elevator on Tai Wong Street East or through the staircase on Johnston Road.

Once an unassuming corner of small streets and alleys surrounding a colourful garbage station, the area (comprising mainly Star Street, Moon Street, Sun Street, St. Francis Yard and Wing Fung Street) is now one of the hippest hangouts in town.

Not hungry? You can easily lose half a day checking out different independent concept stores and galleries without spending a dime—if you can stop yourself.

There are two picturesque temples in Wan Chai. Yuk Hui Kung (Jade Void Palace), also known as Pak Tai Temple, was built in 1863 with multiple halls dedicated to different deities including Three Pristine Ones, Dragon Mother (unrelated to Game of Thrones) and the God of Wealth. But the star of the temple is Pak Tai statue inside the main hall. The 3 m bronze statue is almost 400 years old now.

The other temple worth visiting is Hung Shing Temple. Hung Shing is the deity who offers protection to people working at sea. Hence, the temple—once an altar built on a rock on the shoreline—can give you an idea where the old seashore was before land reclamation over the years pushed the shoreline farther north. You can still see the rock jutting out from the roof inside the temple.

6. Hang out with artists at their studio

Foo Tak Building looks just like any other boring residential building—slightly dilapidated, maybe—in the neighbourhood, but the 14-storey building is home to anything but boring. A hidden artists’ hub, Foo Tak House features a book store, artists’ studios, music studios, and exhibition space.

If you aren’t visiting during an open day, some of the studios and offices may not be open to the public.

A good starting point is the art/book/creative space at Art & Culture Outreach’s main space on 14/F. Goddag (4/F) is another space open to the public—a design store selling handcrafts and hosting exhibition sometimes.

Thanks to Hong Kong’s hilly landscape, hiking trails are often a stone’s throw away from the city’s hustle.

An easy getaway is Bowen Road Fitness Trail, a rather flat concrete pavement that stretches 3 km among greenery and parks. The trail is dotted with a few fitness stations (with workout facilities like monkey bars).

It starts from Bowen Road Garden behind Hong Kong Electric Centre and ends at Stubbs Road. Hikers can start from tackling the steep Bowen Drive (entrance is at the end of Star Street next to Giando Restaurant) or taking Bus 15 to Stubbs Road.

8. Enjoy the view from the highest church in the world

Dubbed the world’s highest church, Sky City Church sits in a glasshouse on the 75th floor of Wan Chai’s Central Plaza, once the highest building in Hong Kong until 2003. The public can attend the mass every Sunday and enjoy the harbour view at the same time.

If you are visiting during the rest of the week, you can go to its Sky Lobby on 46th floor for a vantage view of the city—one of the checkpoints in Amazing Race’s Season Two. 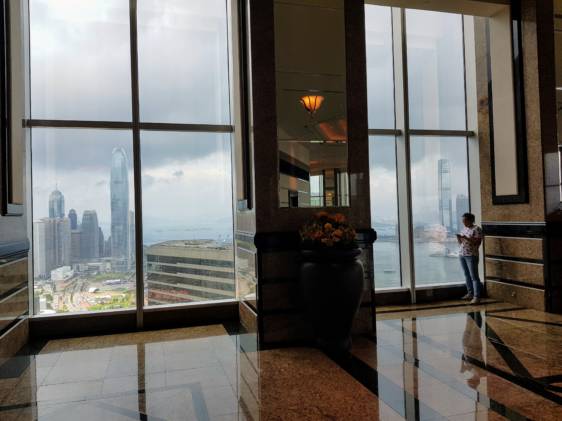 One interesting tidbit: A lighting system has been installed to tell time on the tip of Central Plaza. It indicates the time by changing colours in a regular sequence—each of the four neon cubes represents 15 minutes of an hour and each of the colours represent two different hours. Confusing? We agree but if you’re interested to see how it works, there is a demonstration on its website.

Hidden in a shielded location in the hill in Wan Chai, King Yin Lei is one of the most mysterious declared monuments in Hong Kong. Built originally as a private residence of a notable family from Guangzhou in 1937, King Yin Lei, a rare and unique mansion in Chinese and Western architectural styles, was almost destroyed in 2007. Luckily, the government got involved last minute by carrying out a non-in-situ land exchange with the owner—trading a similar piece of land for King Yin Lei. It was fully restored in 2010.

The hidden gem is usually closed to the public apart from a few open days every year. Free tickets are given out through Hong Kong Heritage Discovery Centre in Kowloon Park. You can pay attention to the announcement on the Development Bureau’s website.