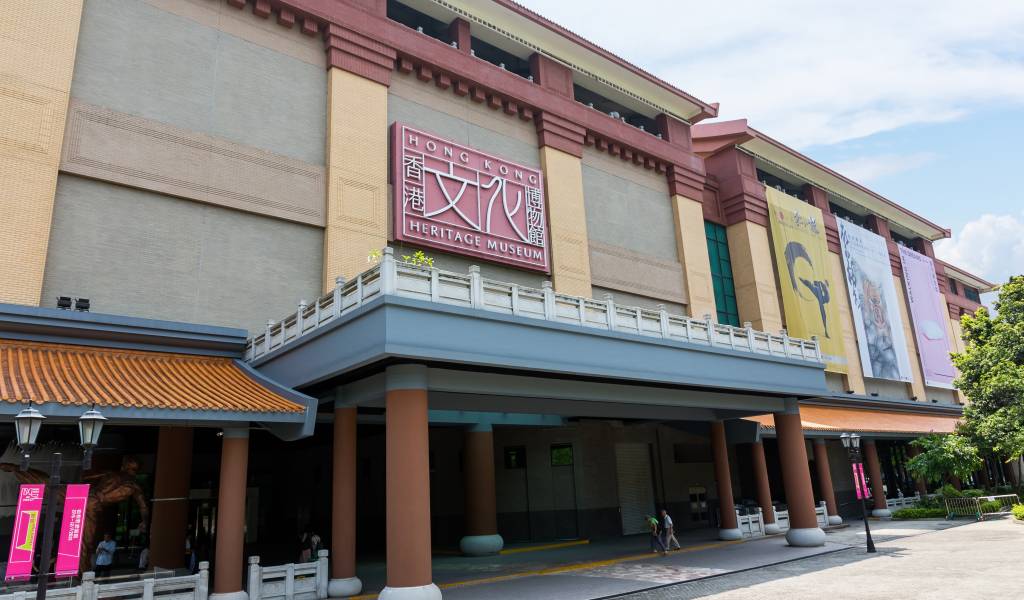 Though it is a bit further out of town, the Hong Kong Heritage Museum is definitely worth visiting to learn more about Hong Kong’s distinct local culture.

The Hong Kong Heritage Museum is located in Shatin, along the banks of the scenic Shing Mun River. It takes roughly 30 minutes to get there by MTR from Central or Tsim Sha Tsui.

It has five permanent exhibition galleries that are open to the public for free, and a number of special exhibitions which will require an entrance fee.

The Cantonese Opera Heritage Hall is one of the highlights of the museum, as it showcases the tradition of Cantonese opera, complete with a reconstruction of a bamboo opera theatre.

The Jin Yong Gallery is dedicated to local writer Dr. Louis Cha, who wrote under the pen name Jin Yong. He is considered the most influential Chinese martial arts novel writer in the 20th century, with his books inspiring movies, TV series, radio dramas, plays, and even video games.

There are ancient treasures on display in the T.T. Tsui Gallery of Chinese Art, with works of art and antiquities including pottery, ceramics, bronze work and sculptures, all of which had been donated to the museum.

Finally, the Chao Shao-an Gallery focuses on paintings and porcelain by two artists, Chao Shao-an and Yang Shanshen, who studied together at the Lingnan Art Studio and collaborated on many pieces of beautiful art, with a distinctive style.

If you’ve got little ones in tow, they’ll love the Children’s Discovery Gallery, which has eight playzones where kids can roam around the Mai Po Marshes, go deep underground, explore life in a traditional New Territories village, and discovery archeological artifacts.

Another exhibit which will be available until summer 2020 is the Bruce Lee: Kung Fu – Art – Life series, which is a must-see for kung fu fans.

Free guided tours of the museum are available on a first-come first-served basis, with some provided in English.

After exploring the galleries, you can take a break and have a bite to eat at The Alchemist Cafe.