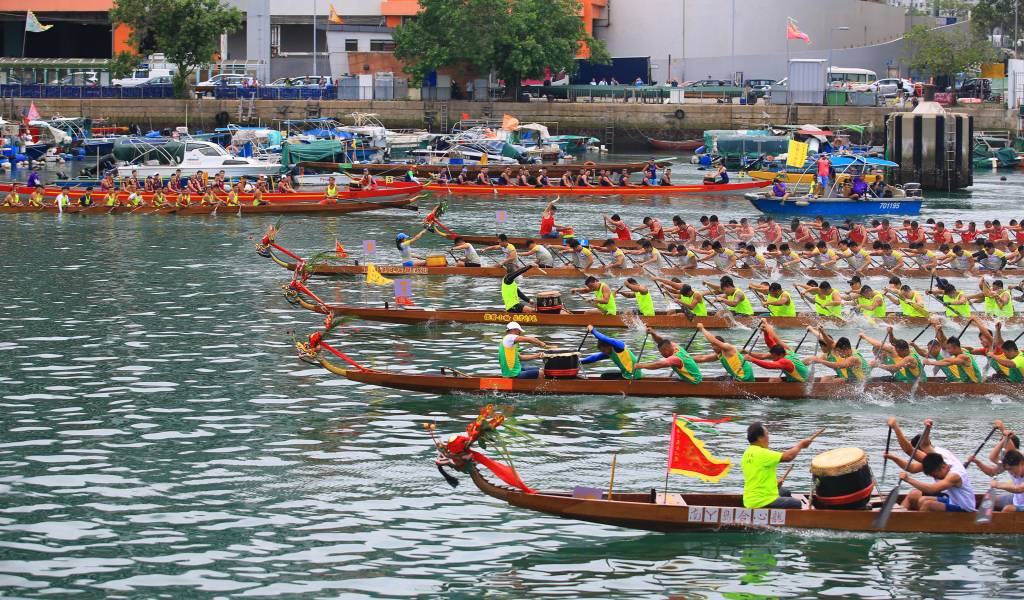 The beat of the drum, the smell of salt water in the air, the bright flags waving, the cheering crowds—there’s nothing quite like the spectacle of watching the annual Dragon Boat Festival in Hong Kong.

This ancient tradition, also known as Tuen Ng, is steeped in ceremony, ritual, and religion, with a big dash of competitive spirit thrown in for good measure. Though dragon boat races can be found all over the world, Hong Kong remains one of the epicentres for both Chinese and international dragon boat races.

Hong Kongers take dragon boating very seriously, and for months the teams practice and prepare for the big event. The races have become so popular that international teams come to Hong Kong specifically to race.

The boats are elaborately decorated, featuring a fierce dragon head, scales on the sides, and a tail, painted in bright colors. A team typically comprises 18 to 20 paddlers, led by a steersperson at the back, and a drummer at the front who synchronises the beat with the timing of the paddlers.

Where to see the Hong Kong dragon boat races

The official festival date for 2019 is June 7, which is a public holiday. Dragon boat races take place all over Hong Kong, but here are some of the most popular ones, along with tips on what else to see after the races:

Stanley: The Sun Life Stanley International Dragon Boat Championships is an immensely popular race held at the normally quiet Stanley Main Beach, on the south side of Hong Kong Island. The race starts early at 8 am and finishes around 5 pm, and crowds are huge. Nearby: Stanley Market and the picturesque Stanley Promenade.

Aberdeen: Held along the picturesque Aberdeen Promenade, the boats in the typhoon shelter surrounded by massive high rises makes for quite a unique race venue. Nearby is the iconic Jumbo Floating Kingdom, and Ocean Park.

Sai Kung: The Sai Kung Town Waterfront area becomes a hub of action on race day, with games booths and festivities going on into the evening after the races are done. Sai Kung Town is worth exploring, with lots of seafood restaurants to eat in after.

Sha Tin: This race takes place in the Shing Mun River, starting by the very scenic Banyan Bridge. People line the long riverside promenade, cheering on the racers. Nearby are the Hong Kong Heritage Museum, and the 10,000 Buddhas Monastery.

Tai Po: Though Tai Po is a bit far from the city, it’s worth the MTR ride to see this lively race, held in the expansive Tai Po Waterfront Park. After the races, explore the bustling Tai Po Market, and if you’ve got a thing for trains, the Hong Kong Railway Museum

Cheung Chau: Take a scenic ferry ride from Central to this quaint island to watch the races, and then explore a pirate’s cave, a Mini Great Wall, and a cute village too.

Discovery Bay: The Discovery Bay Dragon Boat Festival and Carnival has races starting from the beach, as well as booths and entertainment all around the DB Plaza. This is a very kid-friendly event, and there is a nice playground at the end of the beach. Discovery Bay also has a number of great al fresco restaurants.

If you happen to miss the races on June 7, then be sure to attend the three-day Dragon Boat Carnival. Organised by the Hong Kong government, the Carnival is a week after the festival, from June 14-16.

Held at the Central Harbourfront Event Space in Central, with races taking place in beautiful Victoria Harbour, the event comprises the CCB (Asia) Hong Kong International Dragon Boat Race and the San Miguel Beer Fest, making it a weekend with lots of events and entertainment both during and after.

This central location is a great opportunity to see the races without ever leaving downtown. 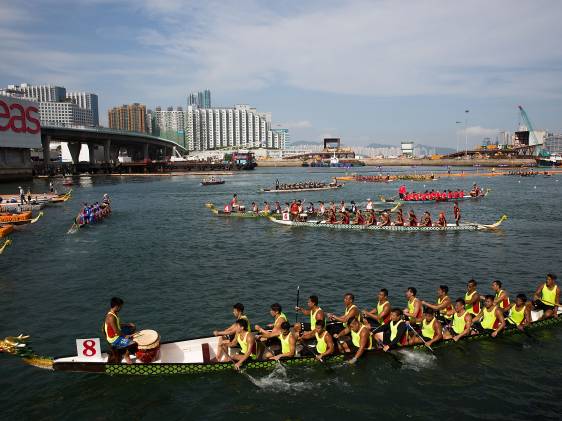