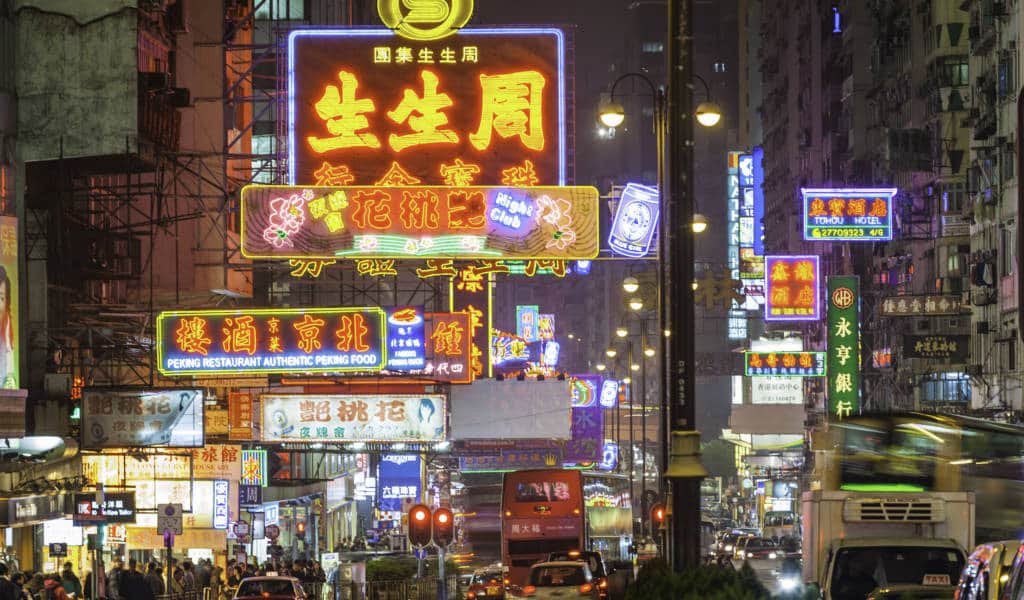 10 Fun and (Almost) Free Things to Do in Mong Kok

Smack in the heart of the Kowloon Peninsula, Mong Kok is home to some of the most vibrant markets, unique small businesses and countless affordable foods.

From getting the latest trainers to visiting the most controversial museum, Mong Kok offers a wide range of activities and goods that is either free or cost next to nothing.

If there is one thing Mongkok champions in Hong Kong, it’s throwing the most unique markets.

Ladies Market spans about 1 kilometer along Tung Choi Street. It got its name as ladies’ clothes and accessories were the main products sold on this street.

Green fingers can find anything from affordable houseplants and gardening tools at Flower Market while aquarists should head to the Goldfish Market. Sneakers Street near Fa Yuen Street is lined with dozens of big and small shoe shops.

Moko Bridge offers a nice vantage point for Fa Yuen Street Market, which is the most Instagrammable in the evening.

Former home to Lui Leung, the late businessman and one of the founders of Kowloon Motor Bus Company, and his family, Lui Seng Chun is a Grade I historic building named after a Chinese bone-setting shop on the ground floor.

The four-story tong lau, or Hong Kong shophouse, was built in the 1930s with a mixture of Art Deco and classical elements. It’s one of the few remaining pre-war architectures of its kind in Hong Kong. The curved balustrade and deep veranda make it stand out among neighbouring buildings.

Mong Kok is a favourite of Hong Kong youth when it comes to shopping.

T.O.P. and Langham Place are for higher-end street fashions while Argyle Centre is a shopping mall for cheaper finds.

Sin Tat Plaza is a hub for all smartphone-related accessories and cheap second-hand cell phones.

A community art project launched in 2017, HK Urban Canvas turns shop shutters into colourful street arts. By working with local shop owners, street artists create artworks that capture the essence and story of the shop and its owner.

Hong Kong Youth Arts Foundation, the organiser, has also built an app (for iOS) for the project. The app offers self-guided tours in six different districts. The Mong Kok tour includes local gems such as a 70-year-old mahjong shop and a street stall selling handmade lettering stencils and signs.

During the opening hours of the store, travellers can use the app’s AR function to see the animated versions of the shutter artwork.

If there is a new street-food trend in Hong Kong, Mong Kok is probably the first place to sell it. Or if you’re looking for a traditional snack that’s vanishing, Mong Kok might be your best bet, too.

Some of the highlights include Fei Jie’s braised pig’s intestine (once featured on the late Anthony Bourdain’s show), Potato King’s 25-centimetre-long fries, and dessert shop am.pm’s lava souffle pudding—a combination of two layers of souffle pancake and a lava pudding.

An evening walk along the Mong Kok section of the road yields some of the best technicolour views of Hong Kong.

The 3.6 km main street cutting through the heart of Kowloon is flanked by glitzy malls and low-hanging street signs. The road lies on top of multiple MTR stations.

Travellers can also take any one of the double-decker buses that run along Nathan Road between Tsim Sha Tsui and Prince Edward—buses no. 1 and no. 6, for examples. The best seats are the front seats on the upper floor.

If you’re looking for an indoor park for your little ones, Tai Kok Tsui Sports Centre boasts one of the largest free children’s playrooms in Hong Kong.

Operated by the Leisure and Cultural Services Department, the playroom covers an area of 292 sq m. The playroom may not have the latest state-of-the-art STEM toys, but it offers a nice alternative to enduring the heat and mosquitos outdoor in the summer.

The facilities cater to children between four and nine.

While Lui Seng Chun (#2 on our list) is a well-renovated example of Hong Kong’s pre-war architecture, most tong lau in Hong Kong are less glamourous, resembling the “Monster Buildings” in Quarry Bay.

Some of the oldest tong lau can be found along Shanghai Street and Argyle Street.

The old tong lau cluster on 600 Shanghai Street is currently under renovation. When the project is completed, the old building clusters will offer a green space on the roof to the public.

Situated on the fringes of Mong Kok, So Boring is a community experiment founded by a group of friends. Serving vegetarian food at night, So Boring resembles more of a community centre than a restaurant. The founders hope to connect the community through food and its rebellious stand “against the rule of money”.

Diners grab their own utensils, foldable stools and tables.

Its pay-as-you-like menu offers around six to eight interesting dishes from curry rice to ramen. Customers are free to pay whatever they think the meal is worth or whatever they can afford at the end of the meal.

So Boring also has a community fridge for neighbours to share food with those who in need as well as a bookshelf for book exchange.

After relocating multiple times since 2012, the June 4th Museum reopened in Mong Kok in 2019.

The museum aims to narrate the causes and consequences of the highly taboo June 4th event, or the 1989 Tiananmen Square protests, through its exhibitions. It claims to be “the only place in China where the truth about June 4 can be told”.

Exhibits include memorabilia, documentation and publications under the theme “Memory. Justice. Hope.” A screening area plays various documentaries about the Tiananmen Square protests.

Admission is free while donations are welcome.