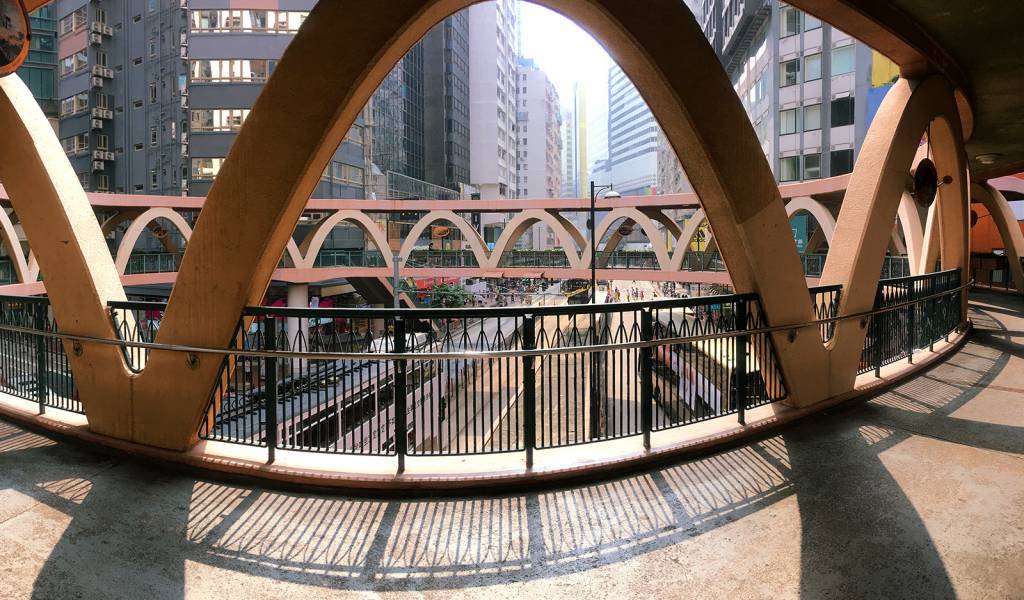 10 Cheap and Fun Things to Do in Causeway Bay

In Causeway Bay, where the world’s most expensive street is located (rent for a shop on Russell Street averages at a staggering HK$20,873.00 per square foot per year), it can be hard to expect something of good value.

Fret not! From Hong Kong’s only middle-of-the-sea temple to the Instagram hot spot where a Ghost In The Shell scene was filmed, we have your CWB (as locals called it) cheapo needs covered.

Top tip: See our guide on how to get from the airport to Causeway Bay

1. Visit the only floating temple

During the Japanese invasion in WWII, a fisherman/devoted worshipper feared the safety of the Tin Hau Goddess statue on Triangular Island, a small island between Macau and Hong Kong. He then moved the statue to a boat in the sea.

Visiting the temple at Causeway Bay Sheltered Harbour is free. Though, it costs a small fee (around HK$10.00) to commute between the pier and the floating temple. The relatively small temple can accommodate up to nine worshippers at once.

The association managing the temple has been applying to relocate the temple to a piece of land in Causeway Bay. Visitors interested in giving their offerings and praying at sea should hurry.

Every Wednesday night, Happy Valley Racecourse is open for night races. Non-gambling punters can enjoy the night by visiting the Beer Garden for live entertainment, food and, of course, beer.

The second floor features a children’s library, an activity room (for story readings) and an interactive Toy Library. The Toy Library—including Baby Play Corner; Pretend and Imaginative Play Corner; Creative Play Corner; and Activities and Games Play Corner—stocks a series of educational games. From board games to musical plays to skills games, the library caters to children of all different ages.

Check the Central Library’s website for more exhibitions and lectures.

If people-watching and tram-watching are some of your favourite travel activities, the circular footbridge on Yee Wo Street smack in the middle of Causeway Bay is a convenient and iconic viewing point.

Built in the 60s, the bridge spans 300 metres and connects Causeway Road, Hennesey Road and Leighton Road. Despite being featured in many Hong Kong movies, it’s fairly underused in recent years as more pedestrian crossings are installed along Yee Wo Street.

From the vibrant Chinese New Year markets to the June 4 Tiananmen anniversary vigil, Victoria Park is a meeting place for Hong Kongers for big and small events alike.

There is a wide array of outdoor and indoor facilities including a swimming pool complex, a jogging lane, a bandstand for performances and even a pool built for model boats. The central lawn is a great urban oasis for picnics. Most of the facilities are available for free except for some of the sports grounds like tennis courts and football pitches.

Entrance to the public swimming pool cost HK$19.00 for adults.

What began as a penalty has become one of the longest-lasting traditions in Hong Kong.

As the story goes: The Jardine Matheson Group (a large corporation in Hong Kong) has owned and operated The Noonday Gun at the Causeway Bay waterfront since the 1840s. In the old days, its officers would fire a gun salute whenever the head of the company set sail.

When a British naval officer was visiting Hong Kong in the 1860s, he was annoyed by the tradition as gun salutes were supposed to be reserved for military commanders. The vexed visiting officer, therefore, ordered Jardine to fire a gun salute at noon every day, for perpetuity.

The company has upheld the promise since then.

The original gun was lost during the Japanese occupation of Hong Kong during the Second World War and was later replaced after the war.

The location of the Noonday Gun is quite hidden. Visitors can access the pier through a silver door on the alley between the former Excelsior Hotel and World Trade Mall. The door will take you to an underground carpark and tunnel that connects to the Noonday Gun pier.

Hong Kong Stadium, located in the southern tip of Causeway Bay, is the largest stadium in Hong Kong.

During the game season (August to May), the stadium will host local football matches every weekend. A ticket is only HK$30.00.

Some of the most affordable ones include Combo Entertainment. The indoor game room offers a dozen different types of entertainments from VR games to snooker soccer to Mahjong for as little as HK$50.00 per hour.

Opened earlier in 2019, Planet J is a 4,000 sq ft game arcade on 9/F of Time Square with a mini kart racing course and more family-friendly games.

Lai Tak Tsuen is a public housing estate built in the 1970s.

An award-winning design when it was first built, Lai Tak Tsuen is famous for being the only public houses shaped in round towers.

Looking up from the circular atrium has hence become a popular Instagram photo. It appeared in the film Ghost In The Shell in 2017.

If you are a morning person, consider getting a ticket to the earliest movie show of the day.

Morning show tickets are often cheaper than usual. JP Cinema City in the heart of Causeway Bay sells early tickets for only HK$38.00 each.