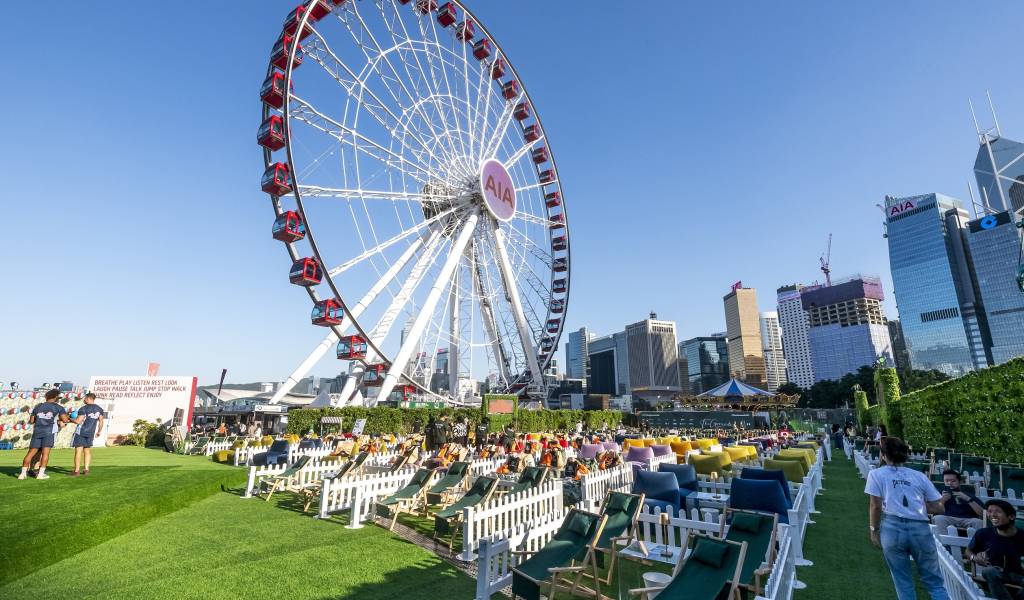 The border has opened. The mercury is falling. And as events quietly cancelled over the past few years finally make a return, spirits are soaring high. From sports to music, and food to film, November is jam-packed with events to suit every taste. And with gatherings of up to 12 people (up from 4) now permitted, you don’t have to cherry-pick which friends to attend events with anymore!

Rugby Sevens, Hong Kong’s landmark sporting event, is back this month. While in past years the Rugby Sevens attracted massive crowds and visitors from across the world, expect this year’s event to be a little bit subdued as Hong Kong slowly eases its rigorous pandemic measures. All spectators will be required to show their Leave Home Safe Vaccine Pass and remain masked within the stadium, but on the plus side, eating and consuming beverages, including alcoholic ones, will be allowed. All current core World Sevens Series teams will be attending this year’s Hong Kong Sevens, including teams from Argentina, Australia, Canada, Fiji, France, Great Britain, Ireland, Japan, Kenya, New Zealand, Samoa, South Africa, Spain, United States, Uruguay and of course, Hong Kong! No women’s events will take place this year, but look forward to the April 2023 edition of the event to catch both men’s and women’s Series teams in action for the first time ever. 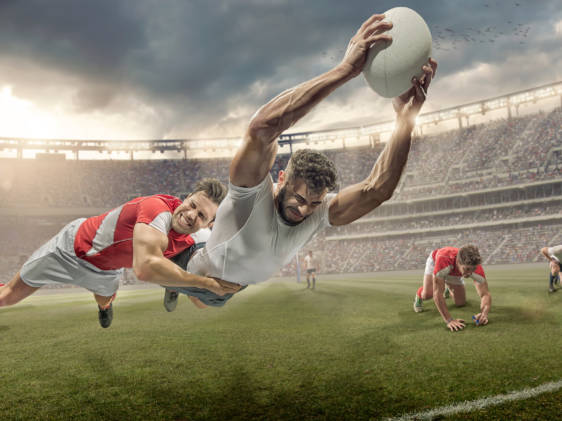 The Hong Kong Asian Film Festival is a must for cinephiles and casual movie-goers alike. This year’s presentation marks the 19th edition of the event, and features over 60 films from around the continent. Filmmakers from Afghanistan, Cambodia, India, Japan, Myanmar, The Philippines, South Korea, Sri Lanka and more get the spotlight, alongside emerging directors from Hong Kong’s local film scene. Catch a flick at one of seven venues: broadway cinematheque, Broadway THE ONE, B+ cinema apm, PREMIERE ELEMENTS, MY CINEMA YOHO MALL, MOViE MOViE Cityplaza, and PALACE ifc. 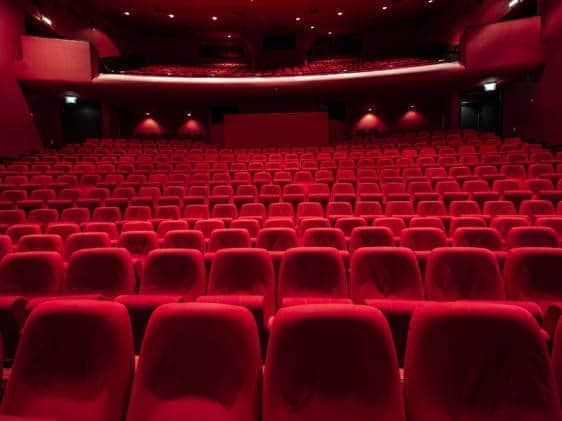 If clambering up to Victoria Peak tested your endurance, gear up for TransLantau!

TransLantau is a series of races taking place on Lantau, an urban oasis and one of Hong Kong’s wildest island renowned for relatively undisturbed greenery and an impressive range of flora and fauna. Designed to push runners and hikers of all abilities to their limits, the event will offer four races including 25km, 50km, 100km, and a new 140km course. Each TransLantau race will span two country parks, and take participants through rolling hills, stunning coastline, and even cultural hotspots like the Big Buddha, Po Lin monastery, and the fishing village of Tai O, a favourite day trip destination. Sign up to race, or lend a hand as a volunteer by heading to the official website.

Socially distanced entertainment venue The Grounds at AIA Vitality Park has reopened with a slew of movie screenings on offer. Book a pod all to yourself – each comes with a large table, four deck chairs, and lamp. From family-friendly favourites like Moana and Shang-Chi to local standouts like Suk Suk spotlighting relevant social issues, this is a great opportunity to indulge in some cinema in a more than scenic setting. Though bringing your own food and beverage is not allowed, there are plenty of options furnished by multi-cuisine food court BaseHall.

Swire Symphony Under the Stars

A free, al fresco performance with a view — music to our ears!

Swire Symphony Under The Stars is set to enliven Central Harbourfront with classical music, performed by the award-winning Hong Kong Philharmonic Orchestra. Though free of charge, attendees must register beforehand, and it’s highly recommended that you get there early to snag stage-side seats. This year, visitors can also watch a livestream of the concert from the West Kowloon Cultural District’s Art Park, located right across the harbour near the newly opened M+ and Palace Museum. This family-friendly affair presents one more opportunity to soak in Hong Kong’s iconic skyline – complete with a fireworks show.

Symphony Under the Stars 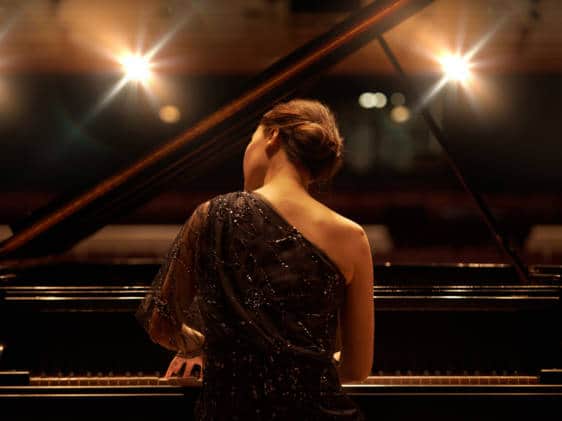 This year’s Hong Kong Pride takes the shape of a Rainbow Market featuring LGBTQ+ supportive businesses at Lai Chi Kok’s D2 Place One. Each year’s event centers on a broad theme, along with one core issue that deserves awareness. The theme for 2022 is Stay Pride, Live Proud, emphasising resilience and strength in the face of disconnection. Meanwhile, the organisers have chosen to spotlight asexuality, highlighting the need for greater ace visibility within the LGBTQ+ community. If you’re interested in getting involved, consider becoming a volunteer. Head to the website and fill in the form. 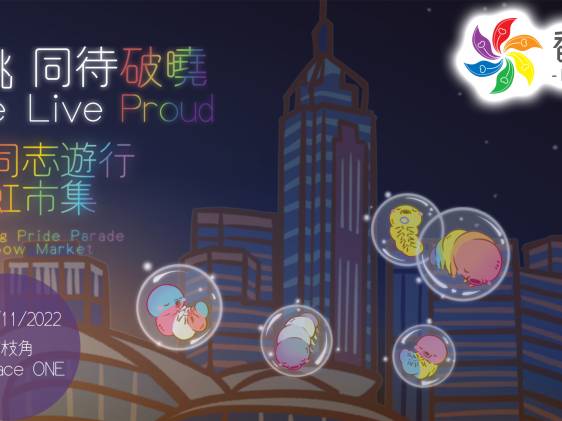 One of the best things about visiting or living in Hong Kong? The food, of course! As a foremost culinary capital of the world, the city is bursting at the seams with delicious fare, from cheap eats in hidden alleyways to Michelin haunts garnering global recognition. A premier event designed with avid foodies in mind, the Hong Kong Wine and Dine Festival is the perfect way to enrich your palate in one of Asia’s most exciting dining destinations. More than 400 restaurants will be taking part, offering thematic menus and thrilling discounts of up to 30%. Attendees can also embark on a self-guided tour through Kennedy Town, Central, Wan Chai and Tsim Sha Tsui, and relish a curated selection of food and beverages with a special digital tasting pass. 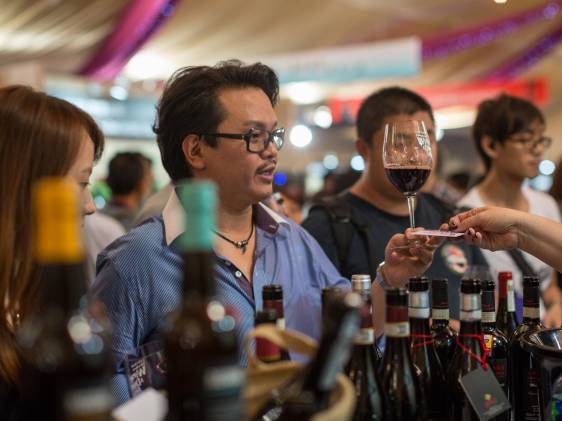