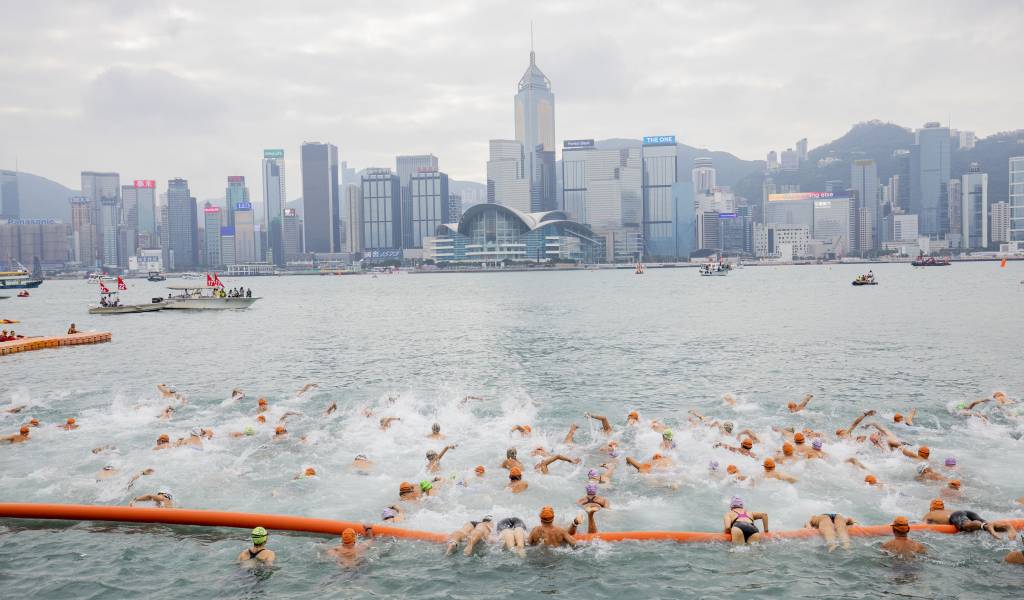 Pic: New World Harbour Race Media Centre
Sharing
We are yet to confirm the dates and details of this event.

It’s not every day that thousands of people jump into one of the busiest harbours in the world to compete in a swimming race.

The New World Harbour Race is a truly unique spectacle that takes place in the beautiful Victoria Harbor which lies between Hong Kong Island and Kowloon.

Marine traffic comes to a halt (or at least a pause) as racers jump in and swim from Wan Chai Golden Bauhinia Square Public Pier to the Tsim Sha Tsui Avenue of Stars, with the incredible Hong Kong skyline as a backdrop.

The legendary cross-harbour race has a long history dating back to 1906, when just a few hundred competed. For decades it was a popular annual tradition, until 1978 when the races were halted due to concerns about water quality.

Since relaunching in 2011, it has quickly become one of the most popular swim events in Asia, with a record number of participants both local and from abroad competing in 2018. It attracts not only competitive racers but also leisure swimmers who simply want the rare chance to swim in the iconic harbour which plays such an important part of their daily lives.

There are two prime spots to watch the race: either from the Tsim Sha Tsui Promenade next to the Star Ferry Terminal, where you can see the race’s starting line, or at the Golden Bauhinia Square in Wan Chai, which is the starting point.

Swimmers get to Wan Chai bright and early on race day, so if you want to be there at the moment that everyone jumps in and feel the excitement in the air, better wake up and get there well before 8 am.

After watching the fastest swimmers land, we recommend then strolling along the Tsim Sha Tsui Promenade, visiting the Avenue of Stars, and then going for the breakfast of champions, dim sum. Be sure to read our Handy Guide to Dim Sum to know what to order and how to best enjoy the quintessential Hong Kong cuisine.