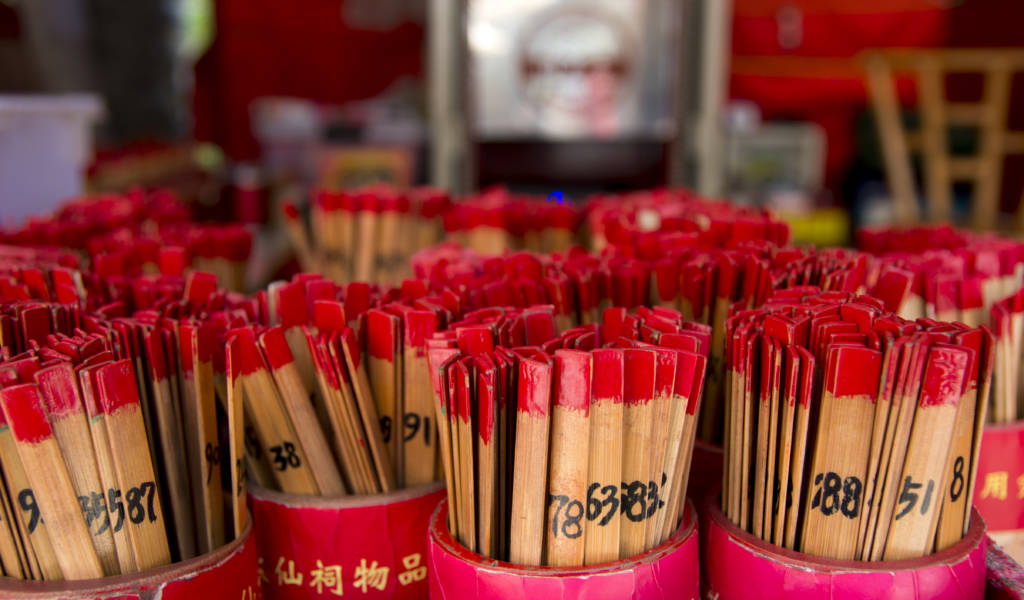 No one can say no to better fortune. So, here are five Hong Kong temples that may help you ring in a luckier year of the Tiger.

Kicking off on 1 February in 2022, Hong Kong will welcome the beginning of the Year of the Tiger. While the CNY holidays last only three days, the celebration continues throughout the first lunar month (1 February – 2 March, 2022).

We have handpicked four of the city’s most popular temples for you to visit in the Chinese New Year.

Want to predict your fortune or ask for some direction for the new year? Wong Tai Sin Temple is the temple to be at.

According to legend, Wong Tai Sin (or the Great Immortel Wong) practiced Tao and attained immortality some 1,600 years ago. In 1921, a group of Taoist priests in Hong Kong received a divine message from Master Wong. It inspired the group to erect a new temple in Kowloon City. The site, then, became the now-renowned Wong Tai Sin Temple. It’s now one of the biggest and most popular Hong Kong temples.

Its reputation of “answering every prayer” lures about five million visitors to the temple each year.

If you’re interested in getting some divine direction from Wong Tai Sin, you can burn some incense then grab a fortune stick shaker. Each shaker contains dozens of numbered sticks. First, think of your request and question while shaking the container. Shake until one of the sticks falls on the ground. Then, pick up a fortune slip according to the number on the stick. The slip contains a piece of ancient wisdom which is said to offer a glimpse into your fortune.

If you can’t make sense of the ancient writing, you can consult one of the fortune tellers who set up their booths conveniently next to the temple. For more about fortune tellers, see our article on visiting the Temple Street fortune tellers. 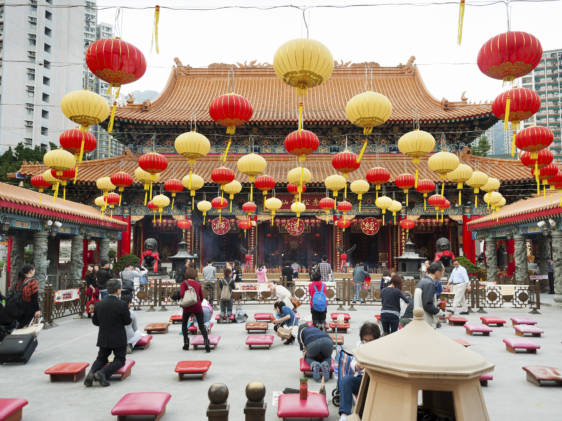 The colourful temple is a holy place dedicated to the great general Che Kung from the Song Dynasty. Local legend says that during the Ming Dynasty, the Shatin area in Hong Kong was hit by an epidemic. Che Kung, in addition to being a capable general, was also rumoured to have the wondrous ability of stopping epidemics wherever he set foot in. The residents, therefore, decided to build a temple to pray for the control of the epidemic.

Today, Che Kung Temple is considered one of the best Hong Kong temples to pray for good fortune. It’s said that if you want to change your luck for the better, you can spin the small brass windmill in the temple and visit the 27-meter-tall Che Kung statue during the first lunar month.

This temple for the deity of compassion and mercy is extremely popular amongst people looking for wealth. It’s said that on the 26th day of the first lunar month, Kwun Yum would “open its treasury” and bless worshippers with wealth. Thousands would pray and “borrow money from the treasury”. They get a red packet which predicts the amount of wealth you might be able to obtain the following year. It’s usually a ridiculously huge amount. But considering that Hong Kong has the world’s second most billionaires – it may not be as ridiculous as it sounds.

If you did “borrow” from Hung Hom Kwun Yum Temple, remember to repay her by the end of next year. Repayments mean offerings such as treats, flowers, incenses and money.

Just so that we are clear – there is no actual money you can take home with from your visit to Kwun Yum’s treasury.

The century-old Pak Shing Temple is a temple for Ji Hong – an unusually rowdy and boisterous monk-turned-deity who saves the poor.

The temple is now more known for a specific request – love.

It’s because the temple is also home for He-He Er Xian, nicknames of the deities of the two loving gods Harmony and Union. Symbols of happy marriages, the deities attract those who wish for good relationships and marriage.

After praying for good romance at Pak Shing Temple, you can visit the famous Man Mo Temple.

Just a stone’s throw away from Pak Shing Temple, the picturesque Man Mo Temple is one of the oldest temples in Hong Kong. It was declared a Grade 1 historic building in 1994 and a historic monument in 2010. 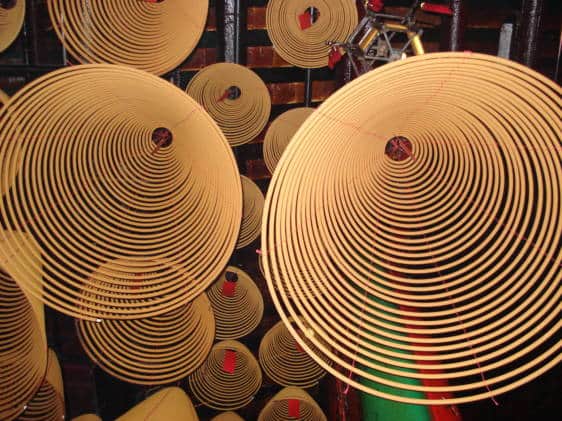