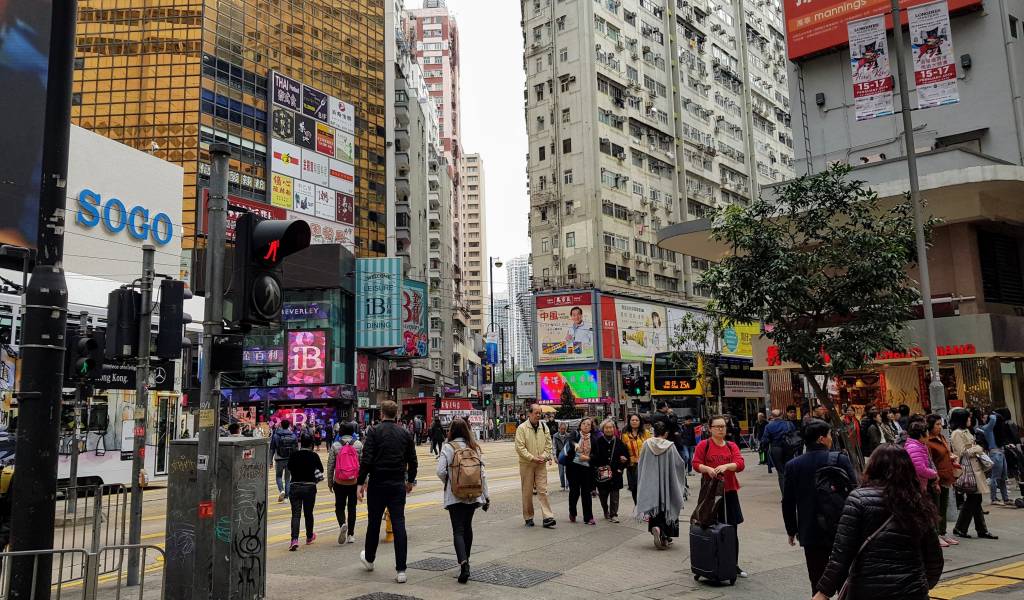 Is It Safe to Travel to Hong Kong?

“Are you safe in Hong Kong?” is one of the most common greetings a Hong Konger can get from concerned overseas friends these days.

The short answer: It depends.

Hong Kong people still (try their best to) go about their daily life and work as usual. Locals still meet friends for drinks at bars after work. Punters still cheer for their racing horses while tear gas is being shot a few streets away.

The last example may not be reassuring, but you get the picture.

While Hong Kong is still largely open for business, travellers should consult their local ministries of foreign affairs for travel advice before planning their trips and be extra cautious during their stay in Hong Kong.

At the recent district council elections—the first major polls since the wave of anti-government protests began in June, pro-democracy parties scored a landslide win. Some 2.9 million people voted, a record-breaking turnout rate of more than 71%.
The city seems to have enjoyed a moment of calm before and after the polls.

Earlier in November, thousands rounds of tear gas were fired in response to clashes that erupted across the city. University campuses, like Hong Kong Polytechnic University and the Chinese University of Hong Kong, became the major battlefields.

The Chinese University of Hong Kong and some major roads including Hung Hom Cross Harbour Tunnel have reopened after weeks of closure.

The Hong Kong police has been accused of using excessive force. There were cases when protesters were shot or threatened by police with live rounds.

Travellers in Hong Kong should avoid wearing black, a colour that has been identified with the protest.

Anti-mask law, which was introduced in October by the government, has been ruled unconstitutional by High Court but the Department of Justice has appealed to reinstate the law.

Although the government stated that wearing masks for professional, religious and medical reasons can be exempt, there were incidents where journalists were being harassed for wearing masks.

“The situation around protests and public gatherings can change quickly, with the potential for violence, especially during unauthorised protests. If you’re in an area where demonstrations are taking place, you should remain vigilant, follow the advice of local authorities and move away quickly to a safe place if there are signs of disorder,” states a piece of travel advice by Britain’s Foreign and Commonwealth Office.

Singapore’s Ministry of Foreign Affairs advised Singaporeans to defer non-essential travel to Hong Kong given that “large-scale protests have been taking place across Hong Kong since June 2019 which have become increasingly unpredictable. These protests can take place with little or no notice and could turn violent.”

The Airport Authority has obtained a High Court order to restrain persons from obstructing its operation. “Until further notice, only bona fide passengers with a valid air ticket or boarding pass for a flight in the next 24 hours and a valid travel document will be allowed to enter the terminal buildings,” according to its announcement.

That means extra time (usually an extra 10 to 15 minutes) to get into the terminal. Passengers should arrive at the airport three hours before the flight, the AA added. It also means that friends, families or drivers may not be able to pick you up at the arrival hall or walk you to the departure hall.

The commute between the city to Hong Kong Airport is mostly normal. Airport Express is still running at 25-minute intervals and all airport buses are operating as usual.

Note that during some of the protests, both Kowloon Station and Tsing Yi Station on Airport Express were closed. Hong Kong Station has been operating as usual during the last few protests.

Find out about the latest update from Hong Kong International Airport’s website or app “HKG My Flight”.

Is it easy to travel around Hong Kong?

It depends on where and when you’re travelling.

The MTR, the city’s metro system, has been shutting down stations and suspending services. Some of the lines aren’t operating, or running with longer intervals. Check the MTR website for daily alerts and updates.

During city-wide protests, major roads could be blocked for hours during the unrest and occasional “uncooperative campaign” may cause traffic delay.

Traveling across the harbour by ferries is a good way to avoid cross-harbour traffic.

If you find yourself stuck in an area, just walk a few blocks or take a bus to another area to continue your journey.

Download a few local transportation apps to find out the closest routes/stations near you, like MTR Mobile, APP 1933 KMB.LWB (a major bus operator that runs both city and airport routes) and CitybusNWFB on the App Store or Google Play (another bus company that operates routes mostly on Hong Kong Island and cross-harbour routes).

The government’s Transportation Department has an app HKeMobility as well as a website to disseminate the latest traffic news.

The international transport app Citymapper is useful in suggesting alternative routes, too.

Where to stay in Hong Kong during the protest?

Politics aside, it can be a good time for booking a hotel in Hong Kong. Hotels have been offering major discounts to attract guests. Many have cut down their prices from over HK$2,000.00 to as cheap as HK$300.00, the usual price of a room at the infamous Chungking Mansions.

To choose a hotel these days, here are a few points to consider:

1. Pick a hotel near the attractions you hope to see. On which side of the Victoria Harbour are they mostly located?
2. Don’t just rely on the MTR. Find out the bus routes and minibus routes that run near the hotel.
3. Is it near one of the police stations where clashes tend to be more violent than other areas?

Example scenario: If you want to see The Peak and Ocean Park, then the areas of Central and Wan Chai, while being quite close to protest action, are good locations with easy access to nearby attractions and plenty of transportation options.

If you’re only in Hong Kong to go to Disneyland and the Big Buddha, you may choose to stay on Lantau Island and Discovery Bay. Check out our unique HK accommodations list for a few hotels suggestions on Lantau Island.

There aren’t areas you shouldn’t visit but…

The following areas are more prone to be shut down during the protests:

As of today, most of the tourist attractions—from the Peak to the homegrown theme park Ocean Park—are still operating as usual.

Shopping malls, shops and restaurants on major roads are sometimes closed, or have shorter opening hours during major protests. Supermarkets and wet markets are mostly open for business.

Festivals like Clockenflap and The Hong Kong Cyclothon have been cancelled.

Most locals follow closely on Telegram groups for the latest updates on upcoming protests and happenings during protests, although those protesters-run groups are mostly in Chinese.

Hong Kong’s public broadcaster RTHK, South China Morning Post and Hong Kong Free Press HKFP are some of the English media you can follow for the latest updates.

The Hong Kong Tourism Board has a 24-hour online chat service on LINE app. Travellers who have LINE can add “Hong Kong Travel Buddy” to their friends list and ask for sightseeing suggestions and the latest travel news.

The team also monitors the latest events closely and compiles all the travellers-related news on its website. Travellers can also go to the Hong Kong Tourism Board’s visitor centres and its hotline for the latest updates.

Wear sensible shoes and “be water”

Like the motto the protesters adopt frequently: Be water. Travellers should be vigilant and flexible when it comes to travelling around Hong Kong.

Wear sensible shoes during days of protests as you may have to detour or even go on a short hike when avoiding the major roads.

How not to get tear gassed?

Tear gas has been frequently fired to disperse crowds the last few months. If you steer away from the protest zones, you should be fine. Bring a bottle of water with you, just in case.

Look up travel advice from your country’s foreign ministry and check with your local travel insurers on your policy coverage ahead of your trip.