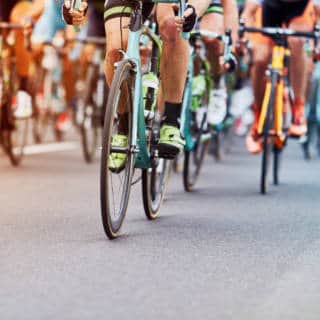 Sharing
Important: Due to the recent unrest in Hong Kong this event has been officially cancelled for 2019.

The biggest cycling event in Hong Kong attracts thousands of professional and amateur cyclists from around the world, all eager to take a range of challenging routes through our scenic city.

The Sun Hung Kai Properties Hong Kong Cyclothon, now in its fifth year, kicks off bright and early on the morning of October 13 at 5 am, where both individual competitive riders and cycling teams gather to begin the 50 km category race.

The 50 km race offers the longest and most difficult route, going through three tunnels and across three bridges, up into Kowloon and back down to Tsim Sha Tsui.

Other race categories, which start throughout the day, include the 30 km Ride, the Family Fun Ride, and the CEO Charity and Celebrity Ride, giving you many chances to see the excitement at the starting line on Salisbury Road in Tsim Sha Tsui.

This year, to add some fun to the race, you’ll also find some funky styles in the Fancy Dress Bike Party, with riders wearing outlandish costumes.

A number of races finish outside the beautiful 1881 Heritage, a Victorian-era building that was once the Marine Police Headquarters, now revitalised into a hotel and shopping complex.

But the best vantage point for most of the races will still be Salisbury Road, where you can see racers zooming by, throughout the day.

13th Oct, 2020
5:00am – 4:45pm
Tsim Sha Tsui Promenade
http://www.discoverhongkon...
Tsim Sha Tsui
Typical weather at this time
High: 25 ℃ Low: 22 ℃
Powered by Dark Sky
Related Events
More Events
We do our best to make sure event info is correct. However, all event details are subject to change.