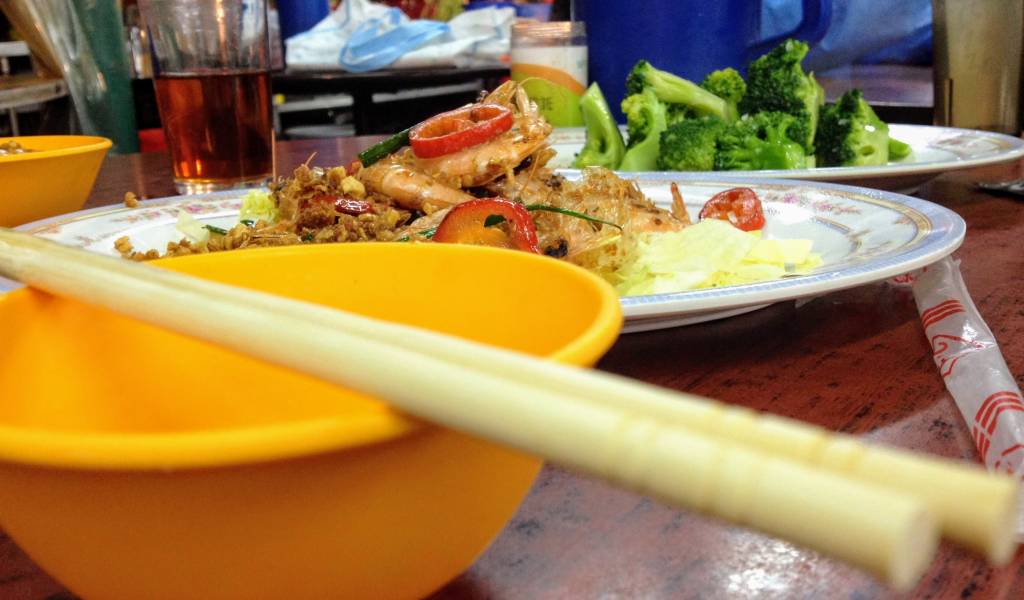 “Isn’t it considered bad luck to flip a fish?” my German friend asked me at a dinner with my family.

We had just finished one side of the fish and I was about to flip the fish to the side where there was still some meat attached. I looked at my Hong Kong parents in horror. My dad replied, “I think it was only a tradition for families whose ancestors used to live on a boat. Plus, it’s just easier for everyone to eat the fish.”

Many Hong Kong dining etiquette guides lay out rules like the “no fish flipping” rule. However, those guides are mostly helpful in formal meet-the-parents kinda dinners. The truth is that each Hong Kong family has its own dining rule book, so to speak. Many of the guidelines aren’t strictly followed in modern days anymore, but some are still relevant in general. Here are 18 truly useful tips for everyday Hong Kong dining etiquette:

1. The mysterious bowls of water

Once you’re seated at a Chinese restaurant, the server will bring you a rather big plastic bowl or stainless steel bowl. It’s used as a mini-sink for cleaning your utensils.

The habit was developed during the time of SARS in 2013 when people would give utensils an extra rinse before using them. You can either use hot water or hot tea. The staff will take the bowl away when you’re done.

However, if it is a nice glass bowl with slices of lemon in it—usually in an old-school Chinese restaurant—it’s for rinsing your fingers.

2. Is some tea not meant for drinking?

In traditional Chinese restaurants or dim sum houses, the tea you would use to rinse the utensils is the same you would use for drinking.

In cha chaan teng, however, it’s an unwritten rule that the tea they offer once you are seated isn’t meant for drinking, mostly. Read our cha chaan teng survival guide to learn more.

While it won’t kill you—I drink it sometimes to my companions’ horror—the tea is thought to be brewed using cheap tea leaves by most people. Hence, we use it for cleansing. Stick the utensils into the glass and order other beverages from the menu.

3. The art of pouring tea

Many Chinese dining etiquette books will state that the youngest person at the table has to pour tea for the rest of the table before refilling their own cup. But in reality, it only applies if you’re dining with your date’s parents or important clients.

If you’re having tea with friends and families, people won’t point fingers at the youngest diner for not picking up the teapot.

That said, feel free to pick up the teapot and refill others’ cups. It’s a nice gesture.

When someone is pouring you tea, you point and curl your index finger and your middle finger, tap the table next to your cup. It’s a hand gesture to mimic a kowtow – expressing gratitude.

If the teapot is empty, remove the lid. You can either place it on the table or tilt it slightly so it hangs on the teapot still. Either way, a member of staff would come and refill the teapot when they see the sign.

You can also wave at a server to get a refill.

More and more people opt to use communal chopsticks when having a meal with friends and families for hygienic reasons.

If there are two pairs of chopsticks at your seat, one is meant for picking food from the shared dishes and one is for your own eating. Sometimes, communal chopsticks are put in the centre of the table.

You can also request communal chopsticks if they aren’t provided.

Don’t use your chopsticks to point.

Don’t be a “flying elephant across the river” as we would say in Cantonese. The Chinese saying is used to describe the act of stretching your arm and chopsticks to reach a dish the farthest point across the table.

If you want something on the other side of the table—and there is no lazy Susan in the middle of the table—you can ask if someone who is sitting a bit closer to the dish to help out.

7. Getting a server’s attention

Just stick your hand in the air.

If no one sees you for a while, feel free to wave or say ng goi (“excuse me” in Cantonese) to get some attention.

No one will give you side eyes for doing so in a Chinese restaurant.

Sometimes in a causal Cantonese diner, the server may not even make it to your table. They ask that you to shout your order from across the hall.

If you’re looking for two seats during peak hours, you should sit side by side on one side of the table. That way it’s easier for another group of two to sit across the table without interrupting the cha chaan teng’s Tetris-like seating plan.

Iced drinks are usually a few dollars more expensive than hot drinks on the menu. And some restaurants are reluctant to give you a cup of ice for free.

Locals also believe that hot drinks are better for your health, and thus, order tepid warm water or hot water. If you’re pregnant, some restaurants may not want to serve you cold/iced water and drinks, fearing it would have negative effects on your baby.

Hong Kongers don’t drink directly from the tap. We are taught to boil our water before drinking. However, most Western restaurants in Hong Kong serve tap if you don’t want to order bottles of waters.

At Chinese restaurants, you’re usually given a plate, a bowl, a saucer and a cup.

Most people would slip the plate under the bowl as a place to collect bones and shells from the meal. You can also clean the plate and eat food from it, too.

However, a plate for food is often provided at banquets and at higher-end Chinese restaurants.

The best places to dispose of bones, shells and unwanted food for a meal:

Cover your mouth slightly when you want to spit bones out.

Widely acceptable in Hong Kong—as long as you cover your mouth with your other hand.

14. Don’t stick chopsticks into your bowl

Chopsticks sticking out of a bowl resembles incense sticks in an urn and is considered mildly offensive. Instead, place them flat across the bowl (or use a chopstick holder if provided).

Ignore what guidebook has told you about leaving the last piece of anything on the plate. While some older generations would worry about whether you’re still hungry if you’ve swept up the last piece of food on the table, it’s also considered by some a virtue to not to waste any food.

The best way to be polite is to ask if anyone would like the last piece before picking it up for yourself.

Stick your index finger up in the air.

When a server is looking your way, draw little circles with your index finger or do a writing gesture to indicate that you are ready for the bill. It saves the server a trip to your table and to the cashier machine.

Most restaurants in Hong Kong take a service charge of 10% so you don’t have to give additional tips.

If there is no service charge, leave around 10% of the cost of your meal as a tip depending on the service.

18. Finally, should you flip the fish?

If you’re a guest at someone’s home, you may not be the best person to flip the fish when a side of the fish is finished.

If you’re at a formal banquet, the servers will help dissect and distribute the remaining meat.

The best way to eat the fish, without flipping it, is to poke your communal chopsticks under the bone and use a communal spoon to scoop up the meat.