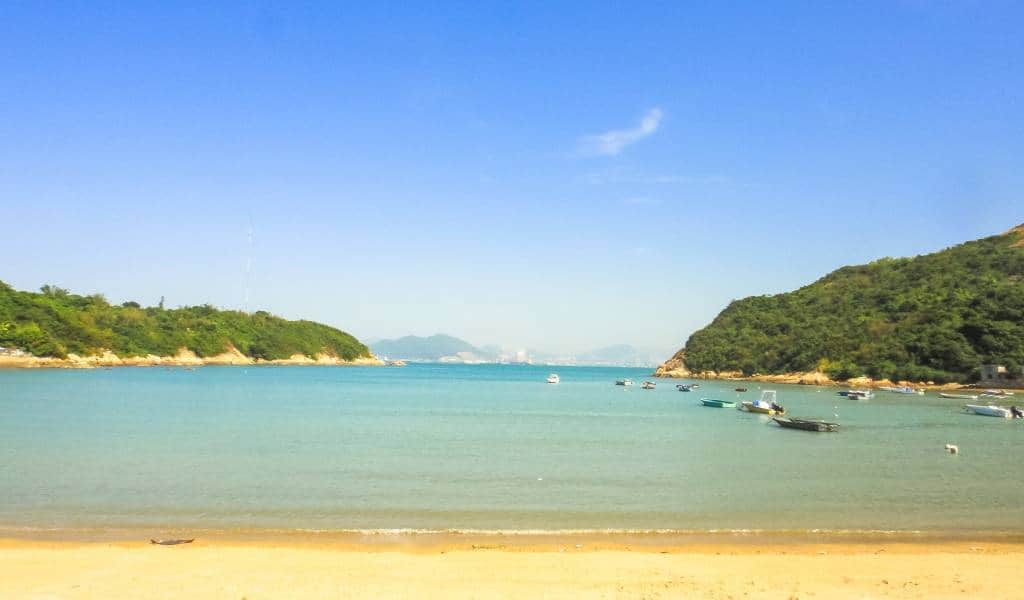 There’s no shortage of day trips in Hong Kong, whether you’re looking for beaches, hikes, green markets or mountains. But without a doubt, one of the most chilled islands in all of Hong Kong is Peng Chau.

Peng Chau, on the other hand, is a tiny island that doesn’t draw many tourists, so if you ever want to escape the crowds, this is the place to do it. You’ll feel like you’ve stepped back to a quiet, simpler time when you see people in flip flops pedalling around on bicycle, as there are no cars on the island. No building is higher than three storeys, in typical ‘village house’ style. The harbour is full of fishing boats and nets drying in the sun, elderly folks stretching in the sunshine, and local dogs roaming around. It’s a far cry from the hustle and bustle of life in the city.

Things to do in Peng Chau

Peng Chau is small and relatively flat, which makes it easy to get around on foot. Most of the town is found in the streets and lanes surrounding the ferry pier. Take time to wander around to enjoy the local vibes and find hidden gems. Wear some comfy shoes and a hat for walking around the island, and if you’re visiting in the summer months, be sure to bring your bathing suit and a towel to enjoy the sandy beach.

At 95 metres, Finger Hill is the highest peak on island. After an relatively easy 30-minute hike, the summit reveals views of the beach and verdant hills below, Tsing Ma Bridge (one of the longest suspension bridges in the world), Discovery Bay and Disneyland over on Lantau Island.

There are over 100 Tin Hau temples in Hong Kong. These temples are dedicated to Tin Hau, or Mazu, Goddess of the Sea. At this small but ornate temple, you’ll find a statue of the goddess at the main alter, although other dieties are represented too.

The Peng Chau Family Walk is a trail that extends throughout the north and south of the island. From the Central Pier #6, head towards the Peng Chau Playground to reach the southern part of the trail. Head east to reach the Ngan Chau Tsai Pavilion and the Finger Hill summit.

Located along the north coast of the island, Peng Yu Path with beautiful views of both Discovery Bay and Hong Kong Disneyland. The start of the path is about 15 minutes from the ferry pier. Take in the coastal vista and make your way to the western end of the trail to check out the Cave of Ash Dregs.