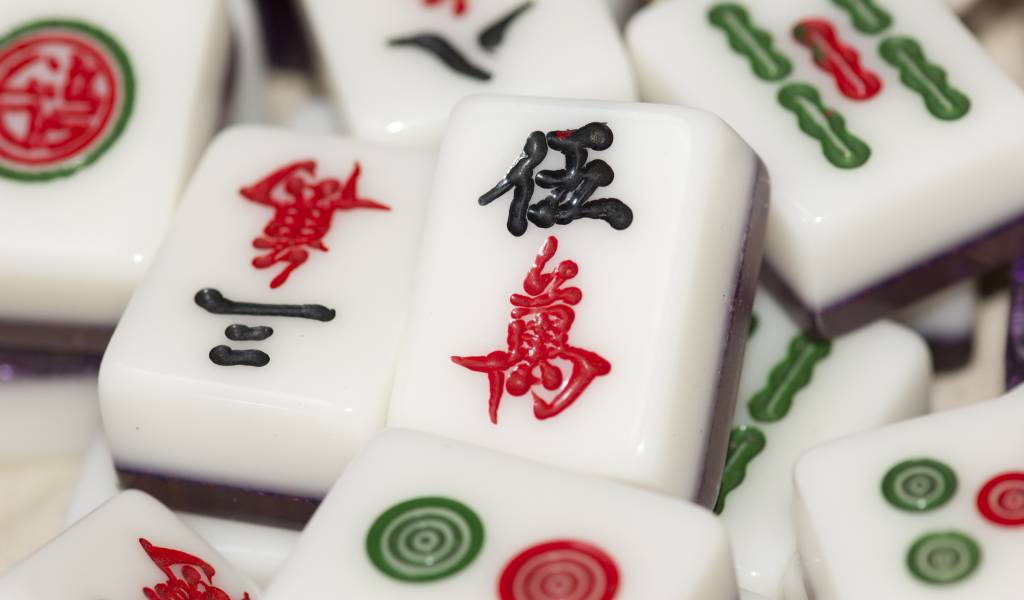 Travelling is great, until you remember the list of souvenirs you promised but haven’t bought. Here’s a list of affordable and distinctively Hong Kong souvenirs and gifts that will impress any picky friend.

It’s not an exaggeration to say that Mahjong, or Chinese dominos, is one pastime that unites Chinese people from all backgrounds and ages. A tile-based game invented in the ancient Qing dynasty, Mahjong—translated as sparrow—usually involves four players and 144 tiles.

While the game may take some training (or, what a Chinese grandma would say, “school fees”) to master, the Mahjong set itself is an impressive and artistic souvenir to bring home.

A set of Mahjong ranges from HK$100.00, for a normal set available in Japan Home Centre, to a few thousand HKD, handcrafted by one of the three Mahjong makers in Hong Kong. If you want a set of handcrafted Mahjong, remember that it may take about four days to make if there is no available set in-store.

Ask any Hong Kongers overseas, one of the things they stock up when visiting home is Vitasoy beverages. But forget the new creative flavours.

The paper carton drinks make them easy souvenir to pack in luggage.

When Tai Kwun—Central Police Station-turned-art and heritage museum—opened, the city rejoiced for finally having a well-designed museum store.

While it’s more difficult to carry the dim sum with you, you can bring a bamboo basket home to remind you of the tasty meals.

Duck Shing Ho egg rolls are the most wanted egg rolls in town, attracting a long queue outside the store every morning before it opens. For travelers who do not wish to stand in queues, EggRoll Queen and Ching Kee are both long-standing egg roll bakers in town.

Egg rolls usually have a long shelf life (3-6 months). Get the one in a resealable tin box to ensure they stay crisp for a while.

Originated during the British colonial rule over Hong Kong, the Hong Kong milk tea is a much stronger, silkier and more complicated interpretation of its British counterpart.

First, the soul to a Hong Kong milk tea is its mixed tea leavesµmany restaurants have their own secret recipes—and its Black and White evaporated milk. Then it’s “pulled” and filtered using a tea leaf stocking (because of its resemblance to a pair of silk stocking).

While it’s almost impossible, and too much work, to replicate the milk tea goodness at home, you can now buy packets of Cantonese milk tea powder home to cure the crave.

Ever get on one of the death-wish minibuses (the red minibuses that often operate after midnight) of Hong Kong? You need a handmade minibus sign as a souvenir to remind you of that scary ride and that you’ve survived it.

You can now order a customized one from the original minibus sign maker (HKD128) or get an affordable pre-made keychain (HKD39) on Eldage, a social enterprise that helps promote local and traditional culture.

With a history dated back to over three centuries ago, King To Nin Jiom sells a traditional Chinese herbal remedy to relieve sore throat and coughs.

In addition to a jar of syrup, the product is now available in non-medicated candies that soothe the throat and protect your voice—a great souvenir for your karaoke-loving friends.

A chained noodle eatery, Nam Kee’s noodle quality varies depending on which branch you go to. But its secret recipe chili sauce is one trustworthy goodie you can get from Nam Kee. Made of facing heaven pepper from India and other natural ingredients, the no-preservative chili sauce will impress the biggest spice fans.