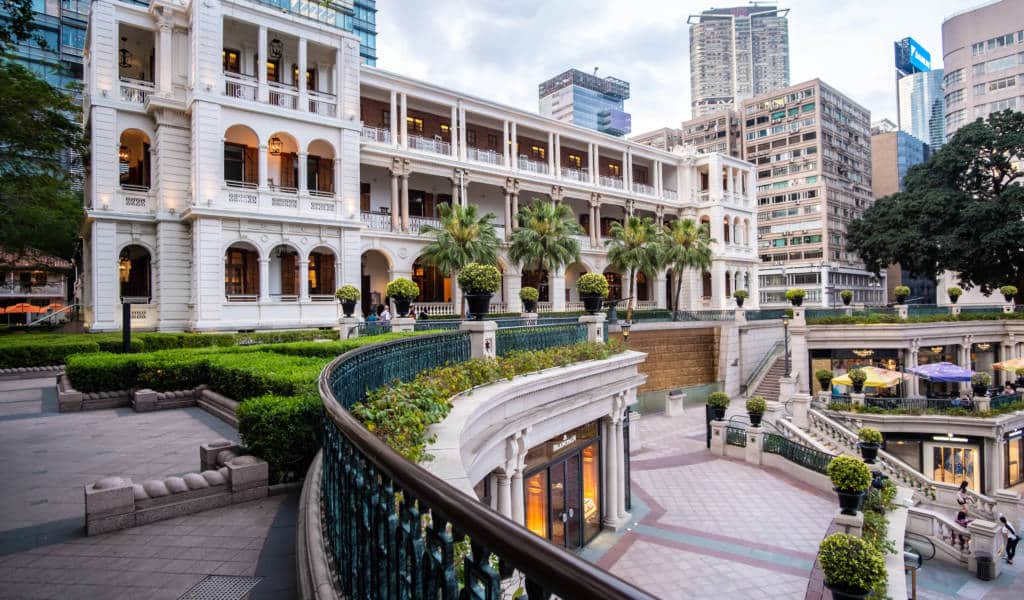 Standing proudly in the heart of Tsim Sha Tsui is one of Hong Kong’s grand colonial buildings, 1881 Heritage.

This 130-year-old Victorian masterpiece once served as the Marine Police Headquarters, and was declared a historical monument in 1994. It is one of the four oldest government buildings still standing in Hong Kong.

In 1996 plans were made to revitalise 1881 into the heritage hotel and high-end shopping complex it is today. But its architectural gems have been carefully preserved to keep its original character.

Many people heading up Canton Road will simply pause to take a picture of the pretty facade, and then carry on. But those interested in colonial architecture should take the time to explore the property’s unique features.

1881 actually holds free guided tours every day to show off the different buildings of the compound. You’ll find the old Stable Block, with its original wooden doors kept intact; the Time Ball Tower, which they used to communicate with ships in the port; the Old Kowloon Fire Station; pigeon houses; and the bomb shelter, underneath the site, which now functions as a passageway to the Heritage Hall.

Those on a cheapo budget probably won’t spend their tourist dollars at 1881’s luxury shops, such as jewelry from Tiffany & Co. or pearls from Mikimoto. But it is worth indulging in high tea at 1881’s beautiful Cafe Parlour, which will make you feel like you’ve stepped back into colonial times. Or, grab a drink at the Sergeant’s Bar, once the original watering hole of sailors and police staff.

1881 also goes all-out for big events such as Christmas, New Years, Chinese New Year and the Mid-Autumn Festival, so if you’re in town during one of these dates, stop by 1881 to see their incredible decorations.