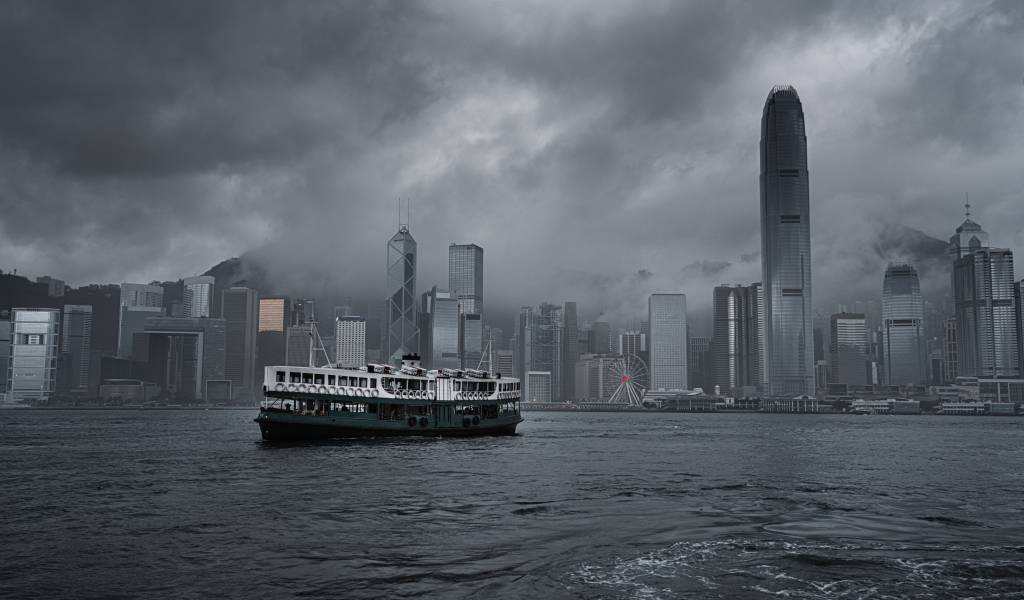 A Guide to Surviving Bad Weather in Hong Kong

Ah, the beauty of living in the subtropics: torrential rain, unbearable heat and the odd mega-typhoon (think hurricane) or three, Hong Kong’s got it all. Finding yourself stuck in the city facing the elements? We’ve got you covered with the HK Cheapo’s guide to surviving bad weather in the city.

Despite all that nature throws at us each year, we’re lucky in Hong Kong. The skyscrapers, the roads, the electricity grids are all built and maintained to survive the yearly arrival of typhoons, torrential rain, and heat. While the same typhoon can cause death and destruction in other nearby countries, Hong Kong usually escapes relatively unscathed. And the city gets back to normal pretty much a few hours after the worst of the storm has passed.

Also, there are ways to get around without ever having to brave the outdoors! Keep reading, and we’ll tell you about these “secret” passageways. It’s quite the art!

When a Typhoon Signal 8 or higher is hoisted, the city pretty much comes to a standstill. Most road and sea transportation will be suspended, and the MTR (subway) will run limited service. Only a few taxis will brave the streets, and are likely to charge higher prices (although they’re not supposed to because insurance won’t cover them during the storm). Businesses and schools will be closed, and people will be hunkering down in their homes until the storm passes (usually within 24 hours, sometimes up to two days).

Temperatures can get as high as 36° Celsius, but the “feels like” temperature is usually quite a bit higher. The humidity will have you dripping in sweat if you’re outdoors for more than 10 minutes.

With all that said, if you’re out in the more remote parts of Hong Kong, whether it’s the Outlying Islands or the far reaches of the New Territories, the storms are a more serious problem. Flooding and falling trees are a real danger.

When is typhoon season?: Typhoons (the Asian equivalent of a hurricane) happen most frequently between April and November in Hong Kong, but they can hit any time of the year.

When’s the hottest time of year?: End of June to the end of August.

When’s the coldest time of the year?: December to the end of February.

The wettest?: March and April can be rather soggy, but the most rain falls between May and August.

The driest?: November to February.

Here are the most important: Typhoon signals, Rainstorm warnings and The Very Hot Weather warning.

Typhoon signals warn you how strong the incoming typhoon’s winds will be. Rainstorm warnings, how much rain to expect, and the Very Hot Weather Warning is exactly what you think it is.

Typhoon Signal 3: Winds are getting stronger. Museums, restaurants, shops—pretty much everything will be open, but check to see whether your flights or ferries might be delayed. If it looks like they’ll raise the T8 signal in the next few hours and you’re staying on any of the Outlying Islands, best to make your way over there straight away. Ferries are likely to be cancelled when the winds are strong.

Typhoon Signal 8: Hold on to your hats! The typhoon is well and truly here. Gale force winds are expected or blowing in HK and will continue. Don’t even think about using an umbrella, it’ll just get blown around. Flights are likely to be delayed or cancelled. Check how your flights might be affected at the airport to see what’s happening. Most of Hong Kong will shut down. Shops will close and send their staff home.

Typhoon Signal 9: Winds are getting even stronger. At this point the winds will start proper howling and the outdoor mounted AC units are likely to shake, and maybe even leak water as typhoons have a habit of blowing the rain sideways.

Typhoon Signal 10: Stay home. Really. And stay away from the windows. This is the strongest signal, and only hoisted once in a blue moon. Winds will reach hurricane forces even in the naturally protected Victoria Harbour and it’s likely to do some serious damage. Typhoon Mangkhut in September 2018 saw windows blown out, tens of thousands of trees felled, and recorded storm surges at almost 4 m high, flooding seaside residences and even knocking over an elevator construction shaft into a nearby building.

For the latest news on the storm, the local English news outlets SCMP, RTHK, TVB Pearl are all likely doing live coverage of any typhoon. You can also get updates with the Hong Kong Observatory’s app (iTunes, Google Play). You’ll also find that offices, malls and buildings will generally post signs in the lobby.

Umbrellas are usually good enough, but it can get super windy, so a waterproof jacket and waterproof shoes are better.

Getting around Hong Kong in bad weather

We really do advise that you stay where you are (if it’s somewhere safe) if a Typhoon Signal 8 or above or a black rainstorm warning is in force. But, should you really need to get around your best options are taxis and the MTR.

Here’s the MTR’s bad weather guide. Normally the above ground services for the MTR will be halted, and the underground portions should remain open, barring no damage.

Taxis aren’t supposed to charge you extra during a T8 or higher, but they’re likely to tack on an extra HK$50.00 or so, as few will operate with the higher signal hoisted.

Buses and ferries aren’t likely to be running.

You can also walk without ever having to go outside. Many of the city’s malls and residential complexes are linked by covered walkways and underground passageways and to the subway system. You could say these are our secret passageways! 😉 These passageways are also great to avoid the horrid heat and humidity of the summer.

From the Conrad Hotel in Admiralty, take the elevator down to the passages that connect to the Shangri La and Pacific Place mall downstairs. Walk across the bridge connecting the mall to United Centre. Walk west through United Centre towards Central. Take the connecting bridge (partially exposed) to the park where on the ground floor, under the walkway, there’s an entrance to the warren of well-marked passages for the MTR. Then, on the MTR to any stop you like.

From there you can walk through to Alexandra House, Prince’s Building, Chater House, the Landmark, Entertainment Building, the IFC, and even as far as the Shun Tak Centre in Sheung Wan.

Places that are most likely to be open during a T8

It’s a curious sight to non-HKers who arrive here to what they back home might consider a balmy 12° Celcius to find a city full of people dressed in puffy jackets. You in your shirt and shorts might laugh, but you’ll soon find that there’s a reason we’re all dressed like this. Cold, humidity, wind chill and poorly insulated homes can really leave you shivering, as two of my good friends from Chicago discovered one December. Our advice? Layers and a good windbreaker.

Heat and humidity combined make for some dreadful summers in Hong Kong. If you’re brave enough (or love hot weather enough) to be here during the heat, carry water, drink constantly and wear light fabrics and a hat, but also carry a sweater and a scarf with you. With the AC on at full blast, you’ll quickly find yourself freezing indoors.