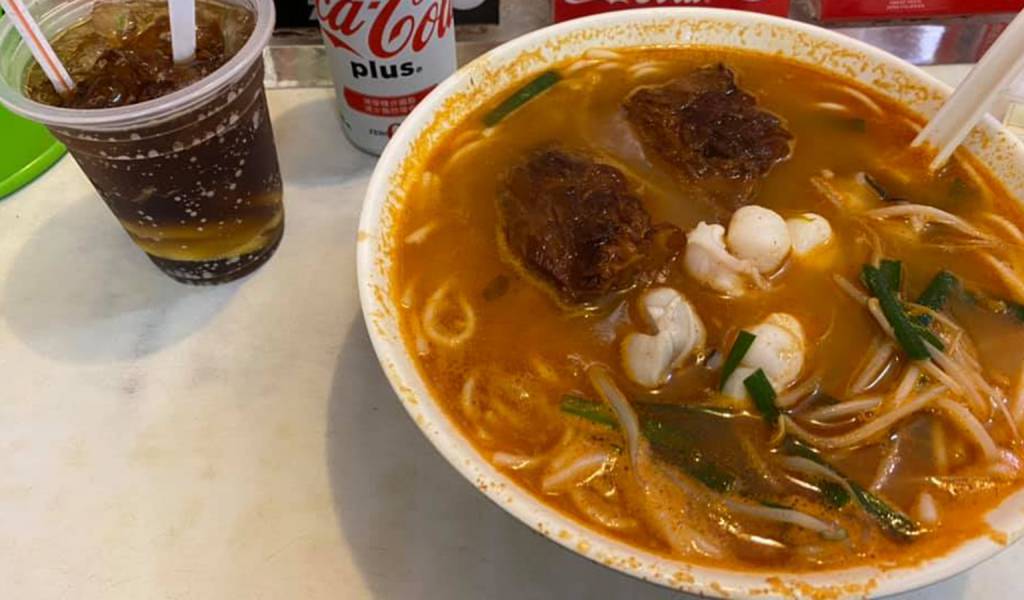 Spicy Rice Noodles: Is this the Most Popular Cheap Eat in Hong Kong?

Few foods are as popular and loved as a comforting bowl of spicy mixian, or rice noodles, in Hong Kong.

Instead of consulting famous review sites, many locals turn to a public Facebook group for the best rice noodles advice.

Working as an insurance agent in Hong Kong, Lin visits various restaurants and noodle shops as he travels around the city for work.

Rice noodles are one of his favourite go-to cheap eats.

“Magazines and food review sites are filled with advertisements that make them less trustworthy. I started looking to see if there is a Facebook group for mixian lovers. You know, there are a few of those in the city,” says Lin.

A dedicated group for satay beef noodles has 54,000 members as of today. Another page for siu mai (pork and fish meat dumplings) with 139,000 followers now–but (there was) not one for rice noodles yet.

So at midnight one day in December 2020, Lin started one and invited 100 of his friends to join. In the morning, around 20 of his friends had done so. After that, word spread and the group grew rapidly.

In February this year, it hit the 20,000-mark as a local television show featured the group. 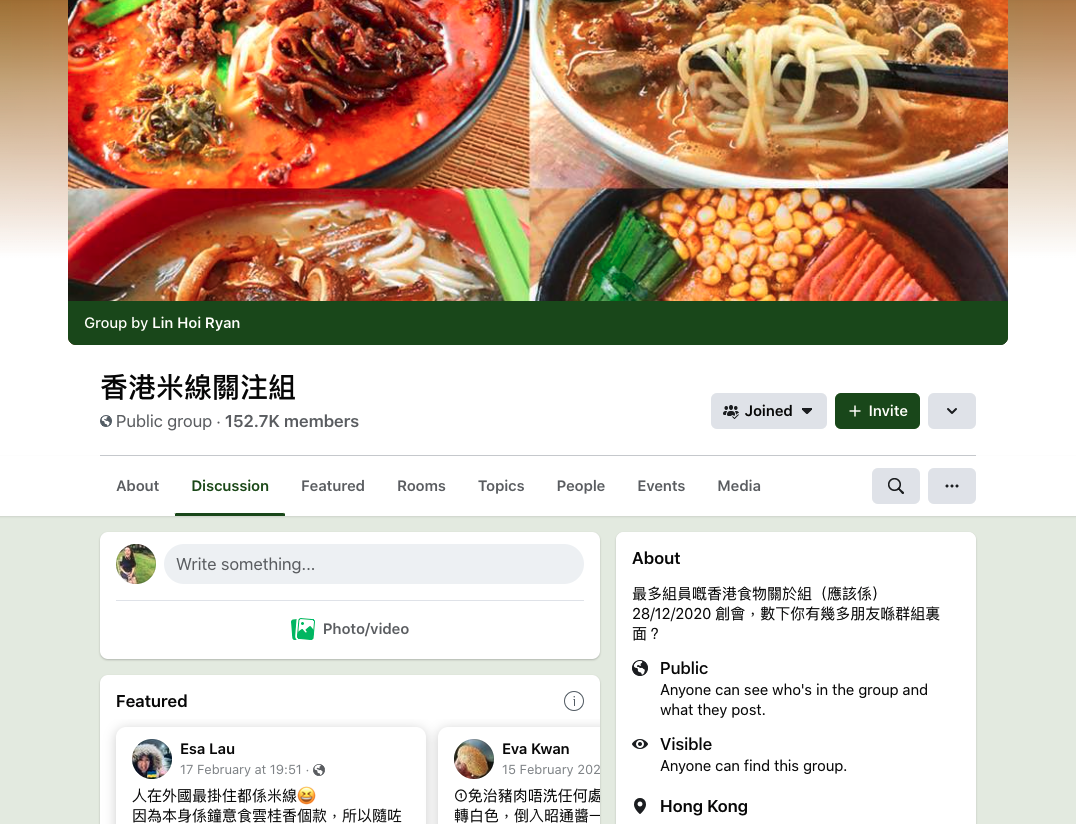 “After the show aired, the group’s members increased more than two fold to 50,000,” says Lin.

Today, the group has a vibrant community of 152,800 members.

“It’s totally unexpected. I think it’s because people think that they can find more trustworthy and real suggestions on the page,” says Lin.

Managing this non-profit project for the past year hasn’t been easy, Lin—together with two other admins and a moderator—looks at posts and comments constantly to ward off internet trolls or hired reviewers who pose as genuine foodies.

“One time, an army of new users started posting great reviews about one new shop non-stop. It looked a bit suspicious and many members complained about it. We had to issue a statement to put a stop on it afterwards,” says Lin.

“I don’t usually censor what people post as long as they are about rice noodles. Taste is a very subjective topic I think.”

The two admins are Lin’s friends who have joined the group at the beginning, whereas the moderator has been a keen member who posts about her rice noodle adventures almost daily.

“We never made any profit from running the group. But it’d be nice to have some support and paid advertisements in the future. If it isn’t too much, I think our members won’t be too bothered?” Lin says.

“The group has helped grow many businesses and uncovered some really hidden gems that were unheard of on other review sites. Instead of bringing businesses only to a few shops, I think the group has helped expand the pie,” says Lin. He used to have rice noodles once a month. Now, he consumes these steaming bowls of soup noodles once or twice a week.

Pulling from his experiences as well as recommendations from fellow members, Lin handpicks five of the best rice noodles for our readers to try.

Frequenting every rice noodles chart, the no-frill noodle shop in Shek Yam Estate is adored for its sapid flavourful broth — and for some, attitude.

“Every bowl is cooked to order so you may have to wait a bit longer for the noodles,” says Lin.

There are eight spice levels to choose from.

You can either pick your ingredients for HK$9.00– HK$12.00 each, on top of the broth base (HK$29.00). The must-have ingredients include pork cartilage and minced pork.

Visiting Lo Baan Neung inside a wet market requires both patience and luck.

“You could easily wait up to one to two hours before you can sit down,” says Lin.

Lo Baan Neung serves one batch of customers at a time and doesn’t refill empty seats immediately. So, ditch your friends and leave your loved ones at home to boost your chance of getting a seat quicker.

Try their Mongolian broth if you’re a fan of cumin.

It’s the only mixian shop in the city that serves such broth as far as we know.

If you’re a spice-lover, you can challenge yourself with a bowl of numbing pepper mixian at this tiny eatery in Prince Edward.

There are 10 different spice levels – 10 being the spiciest and 1 being the mildest.

Smack in the heart of Mongkok, Tin Sing is one of the trending noodle shops in the group.

“I found it very so-so in the beginning, but its owner has been very open-minded. He has taken our comments and has improved the quality of both the broth and the ingredients over time. I think that’s why it has been a favourite among our group members,” says Lin.

If you’re looking for a different type of spice, its peppery pork tripe soup base is a popular choice. The shop also serves some unusual small dishes to go with the soup noodles, including pan-fried snubnose pompano and drunken chicken.

The last one on the list may be one of the most controversial picks, according to Lin.

“It’s one of the most mentioned old noodle shops in the group but the reviews are so polarized. People are either addicted to it or hate it,” says Lin, without adding his own opinion.

“I never grade what I eat as it sounds quite biased pitching one shop against another for something so subjective,” says Lin.