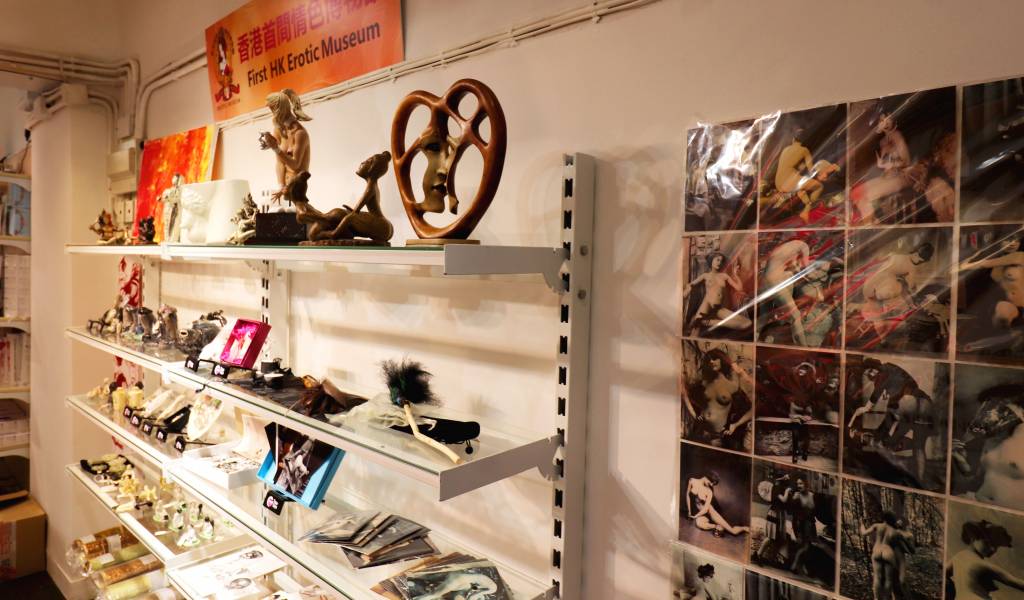 While the museum gets a steady flow of visitors, it doesn’t get as many as the owner would like.

One of his goals in keeping the museum going, despite the setbacks, is to confront the traditional conservative attitudes towards erotica and sensuality.

“It is seen as something shameful, sinful and embarrassing which should be expelled from our lives and not even talked about,” Oleg told Hong Kong Cheapo. “We would like to emphasise that it’s an art and it’s quite beautiful, intriguing, exciting and inspiring. So we need to bring this beauty and excitement in our everyday life.”

But this is no easy task—according to Oleg, it has been difficult just finding landlords willing to rent him the property for the museum, forcing him at one point to house the museum in one of his Take Toys shops. He is required to have a sign at the entrance stating that people under the age of 18 cannot enter the store. And Oleg has faced the stiff arm of the law, too, having to appear before the Obscene Article Tribunal.

“This makes no sense to me,” Oleg explained. “In any convenience store you can find condoms, in Watsons there are vibrators being sold, and in the MTR you frequently see large posters for condoms or pills for erectile dysfunction. All of this is in plain view of the public, and school children. So who decides what is ‘indecent’ or not?”

Check out more of our picks for unique and best museums in Hong Kong.