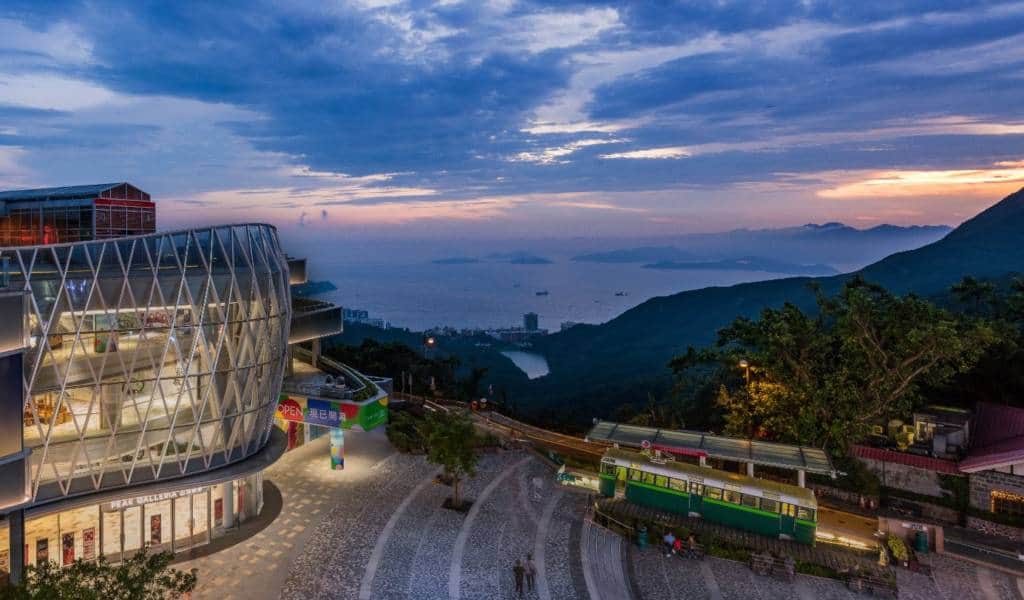 The Peak Tower’s long-time neighbour, the Peak Galleria, has just undergone two and a half years of major renovations, and is set to open before the year is out.

The Peak Galleria has, since opening in 2009, been an important landmark on Victoria Peak. Not only did it have shops and restaurants, but it also held the Bus Terminus. Its most popular spot was the free open-air observation deck, popular with cheapos who didn’t fancy paying the entrance fee to the Peak Tower’s Sky Terrace.

The Galleria’s facelift has given it a fresh new look, with a gleaming all-glass modernist façade that lets you see Victoria Harbour in all its glory. There will also be an impressive observation deck for admiring the view.

The new Galleria, once officially open, will house 60 restaurants and shops, with well-known brands from both Hong Kong and abroad.

Here’s our top picks of the hottest new places, now open (or opening soon) at the Peak Galleria:

Beyond all the fine food, the new Galleria will feature a number of fun attractions:

One of the most unique new attractions opening at the updated Galleria is the world’s first life-sized, fully immersive Monopoly game, called Monopoly Dreams. Players can pass GO, grab some cash at the bank, buy the railroads and even go to jail in one of the most beloved games in the world, now in human size.

Wooderful Life out of Taiwan also makes its debut in Hong Kong, with incredible handcrafted wooden goods, like intricate music boxes, adorable toys, and household decorations. You can also make your own wooden creation at the DIY workshop.

Build-A-Bear Workshop, the well known brand from the US, lets customers of all ages make their own adorable teddy bears to take home.