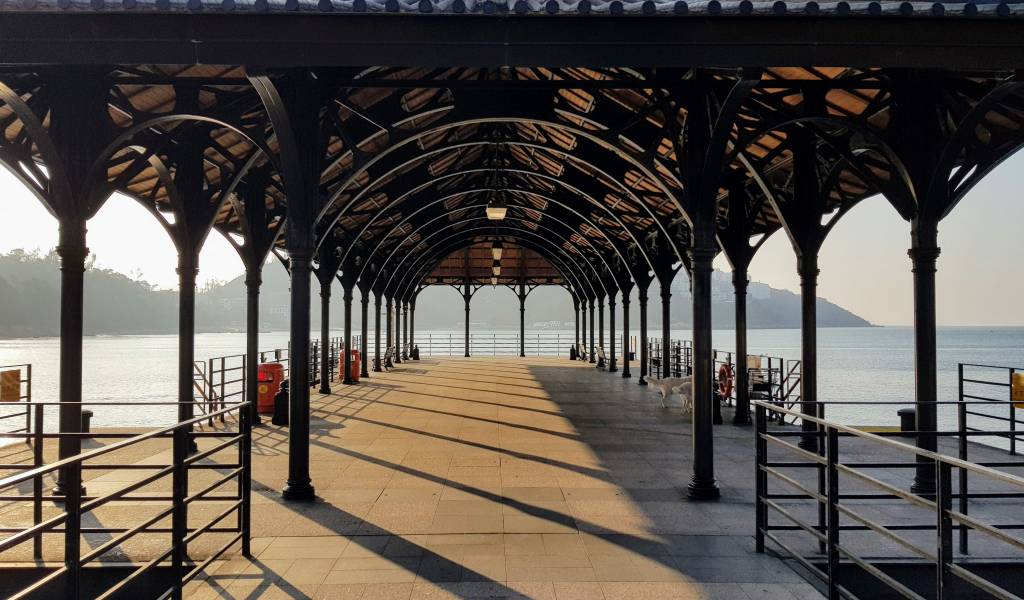 The historic roof structure of Blake Pier at Stanley used to protect passengers from the weather on Blake Pier in Central until 1965 when the roof was removed and the pier rebuilt. It was then moved to Morse park in Kowloon until the original Blake Pier was demolished once and for all to make way for reclamation in the 1990s. Following this, the shelter was recommissioned as part of Blake Pier at Stanley in 2007.

Today, it provides a serene spot to rest and take in the sweep of Stanley Bay. A kai-to ferry to Po Toi Island stops daily at the pier. Murray House – also relocated from Central – sits next to the Pier at the entrance to Ma Heng Park.