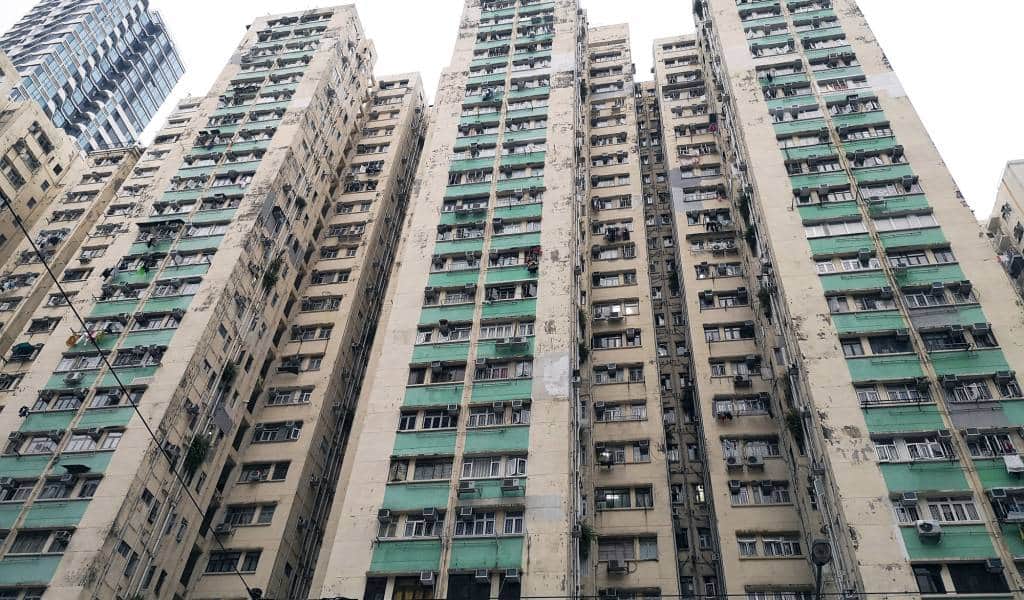 Meet Sai Ying Pun—the up and coming neighbour of Sheung Wan, but minus the tourist crowds. Though not as well known as Sheung Wan, Sai Ying Pun’s advantage is that is has a lot of great hotels at a range of prices, from cheap hostels to harbour view rooms. And with such easy access to Central from Sai Ying Pun’s new MTR station, this is a very good location to stay.

If you’re strolling around Sheung Wan, we highly recommend extending your route into Sai Ying Pun, as it is best explored on foot. The streets are full of character, with classic old buildings that are quickly disappearing across Hong Kong, tiny traditional shops, a bustling seafood district, and lots of new things popping up.

There are also lots of great restaurants and bars, hidden gems that only the residents know about, and some very cool street art, which adds a little colour to the drab concrete jungle.

What to see and do in Sai Ying Pun

The first thing you’ll notice—and probably smell—are the countless dried seafood shops that line Des Voeux Road West, where the Tram runs. This area is really vibrant and busy, with trucks making constant deliveries, boxes everywhere, and on a sunny day, bamboo baskets of things like black sea cucumbers drying in the sun. Just note that some shop owners do not like people photographing them, or their products, so be discreet.

If you happen to take the MTR to Sai Ying Pun, go out Exit B3 and you’ll find Ki Ling Lane, which has picked up a lot of interest due to its huge colorful street art murals. In fact, Sai Ying Pun is becoming a hot spot for art galleries, so if you want to see the local scene, check out Bamboo Scenes Gallery, Above Second, and Cabinet Art.

At the waterfront, Sun Yat Sen Memorial Park is a beautiful spot, with great views of Victoria Harbour and Kowloon. This expansive green space has a large statue of Sun Yat Sen, the founding father of the Republic of China, and is popular with joggers, families, and fishermen.

Sai Ying Pun also has some heritage buildings, the first being the Old Mental Hospital on High Street. Built in 1892, this building has classic early Baroque architecture, which is rare in Hong Kong. Another is the Western Police station, and if you turn from Des Voeux Road West onto Western Street, you’ll see the old look-out turrets, an interesting relic of colonial days past.

Though you may have already taken a scenic ride on the famous Mid-Levels Escalator, Sai Ying Pun actually has its own escalator, though of course not nearly as long. The Centre Street Escalator takes people up the steep hills of First, Second and Third streets, makes a pit stop at Sai Ying Pun Market, and continues up to Bonham Road.

What to eat and drink in Sai Ying Pun

There are lots of restaurants jammed into the small area of Sai Ying Pun, but one particularly interesting one is Potato Head. This multi-concept space comprises Kaum, an authentic Indonesian restaurant with gorgeous decor; Eksotika Bar for exotic cocktails and tropical elixirs; and a Music Room where audiophiles can kick back and enjoy a vintage high fidelity sound system.

A tiny red door tucked away on Second Street is the nondescript entrance to Ping Pong Gintoneria, a hip new spot serving up a ‘Spanish Gin-Tonic Experience’, and lots of Spanish tapas.

Crispy Bistro is a funky little spot becoming well known for its amazing waffles, coffee, and crepes, though in the evening people visit this spot for a fun, casual happy hour. Oh, and their cat is really cute too.

For something really hearty, head to Bayi, a Michelin-starred restaurant serving up authentic cuisine from Xinjiang, a province in China’s north west. Expect lots of lamb, tongue-tingling Sichuan spice, and shredded potato dishes.

Where to stay in Sai Ying Pun

Nearby is Eco Tree Hotel, conveniently located right next to the A2 exit of Sai Ying Pun Station. The Tram also stops right by this hotel, which makes getting around easy. Some of their rooms even have views of Victoria Harbour.

The Ramada Wyndham also has harbour view rooms, but the view is even more awesome from their rooftop pool.

A bit more up on the price scale is Courtyard Hong Kong, which has spacious rooms (by Hong Kong standards), great views, and a fitness center to help you burn off those dim sum pounds.