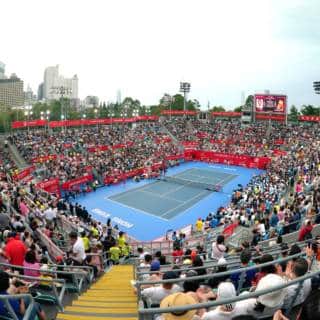 Sharing
Important: Due to the recent unrest in Hong Kong this event has been officially cancelled for 2019. For those with tickets, visit the official site for refund details.

Tennis fans on a budget should not miss out on a fantastic opportunity to see some of the biggest names in tennis competing in Hong Kong, for free.

The Prudential Hong Kong Tennis Open 2019 kicks off on October 5, at the Victoria Park Tennis Stadium in Causeway Bay.

Now in its sixth year, the Hong Kong Tennis Open is one of the biggest tennis events in Asia, and was awarded the best ‘International Tournament of the Year’ by the World Tennis Association in 2018.

On October 5th and 6th, there is free admission to the public on a first-come, first-served basis, to watch the exciting Singles Qualifying matches.

On October 7th, the public can also watch the Singles/Doubles Main Draw – 1st Round, for free.

This year more than 50 of the world’s top female players are competing for the USD 500,000 top prize.

5th Oct–13th Oct, 2020
Victoria Park
Free
https://www.hktennisopen.h...
Causeway Bay
Typical weather at this time
High: 29 ℃ Low: 25 ℃
Powered by Dark Sky
Related Events
More Events
We do our best to make sure event info is correct. However, all event details are subject to change.