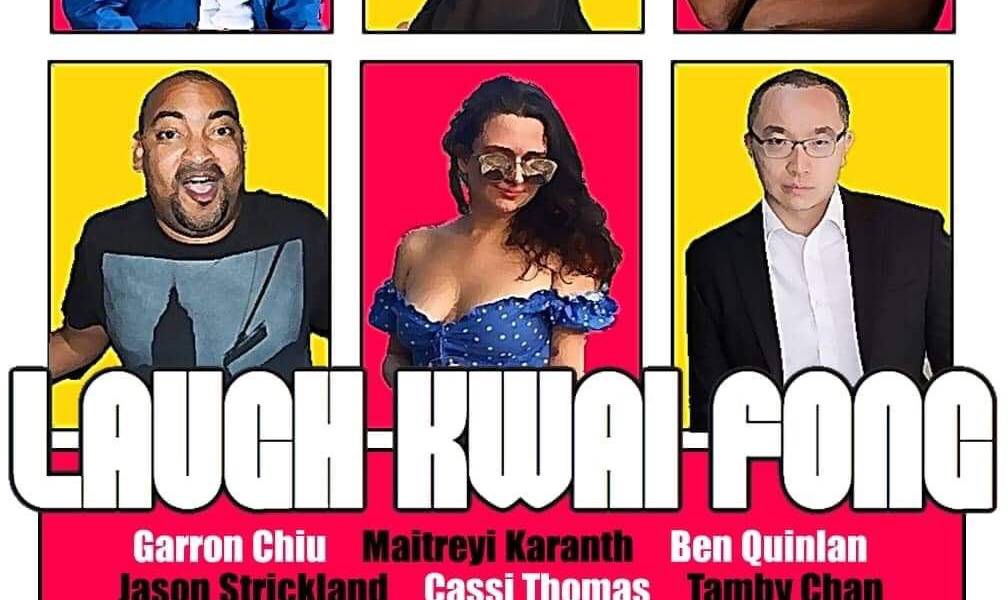 Garron Chiu, Tamby Chan, Maitreyi Karanth, Ben Quinlan and Cassi Thomas take to the stage on 24 August for a night of side splitting comedy.

In addition to the ever clever local talent, British comedian Jason Strickland will be the special guest of honour. A regular figure on Hong Kong’s comedy scene, Jason returns to the S.A.R. for Laugh Kwai Fong.

Now when we say ‘local’ comedians, we mean people who have been born in Hong Kong, as well as those who have made Hong Kong home.

Tamby Chan has been a finalist at numerous comedy festivals, and was the winner of the Bangkok division of the Magners International Comedy Competition 2018.

Garron Chiu has performed on Comedy Central, at TakeOut Comedy, and at a number of comedy competitions.

Maitreyi Karanth is both an actress and a regular at the TakeOut Comedy club, and has performed in Bangkok and Singapore.

Ben Quinlan has done stand up all over Asia, and has also given a TEDx Talk in Hong Kong.

And Cassi Thomas is born and bred in Hong Kong, and is proud to be one of the gwai mui (foreign girls) on the local comedy scene.

The show takes place at The Nest in Lan Kwai Fong, a very stylish cocktail and shisha lounge on the 4th Floor of Grand Progress Building, right in the heart of the bar district.

Doors open at 7 pm, but you’ll want to get there early to get some good seats (and perhaps to enjoy some yummy tapas and shisha).

Organisers may cancel events, alter schedules, or change admission requirements without notice. Always check official sites before heading to an event.
Open with Maps
24th Aug, 2019
8:00pm – 10:00pm
The Nest
Comedy
Official site
Central
Related Events
More Events
We do our best to make sure event info is correct. However, all event details are subject to change.