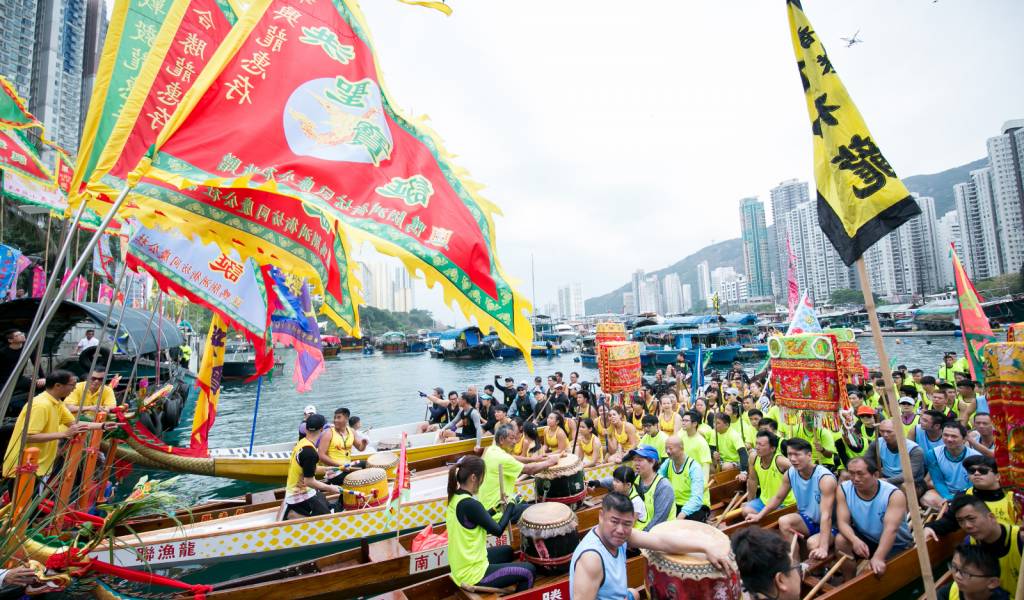 Up for some yitnaau (hot and noisy) Chinese religious celebrations in a 245-year-old temple?

The Hung Shing Festival falls on the 13th day of the second lunar month each year (March 4, 2023), and to celebrate, there will be a week-long event on the island neighborhood of Ap Lei Chau with colorful parades, Chinese opera performances, dragon and lion dances, and more religious rituals.

It’s a festival to honor Hung Shing, god of the southern sea. Another legend said that Hung was a governor who helped fishermen with his vast knowledge in astronomy and geography. After Hung died, he was made a deity and worshipped by fishermen around the Canton area.

Today, the century-old celebration in Ap Lei Chau, the former fishery village, has evolved into a major cultural festival for locals and tourists alike. It was inscribed as an Intangible Cultural Heritage in Hong Kong in 2014.

Hung Shing Festival will last for about a week. A serious of religious rituals will be carried out in 245-year-old Hung Shing Temple, a declared monument in Hong Kong, between February 19 and March 6 for both worshippers and the public. There will also be activities around the neighborhood.

The 2023 schedule has yet to be confirmed but last year, the highlights included the processions along the Ap Lei Chau main street, Chinese opera performances inside a temporary bamboo theatre — the bamboo theatre is an attraction of its own — at Ap Lei Chau Football Court.

A similar celebration takes place in the 800-year-old Ho Sheung Heung village in the New Territories, too.

Organisers may cancel events, alter schedules, or change admission requirements without notice. Always check official sites before heading to an event.
Open with Maps
19th Feb–6th Mar, 2023
Hung Shing Temple
Free
Festival
Official site
Aberdeen
Typical weather at this time:
High: 19 ºC Low: 15 ºC
We do our best to make sure event info is correct. However, all event details are subject to change.