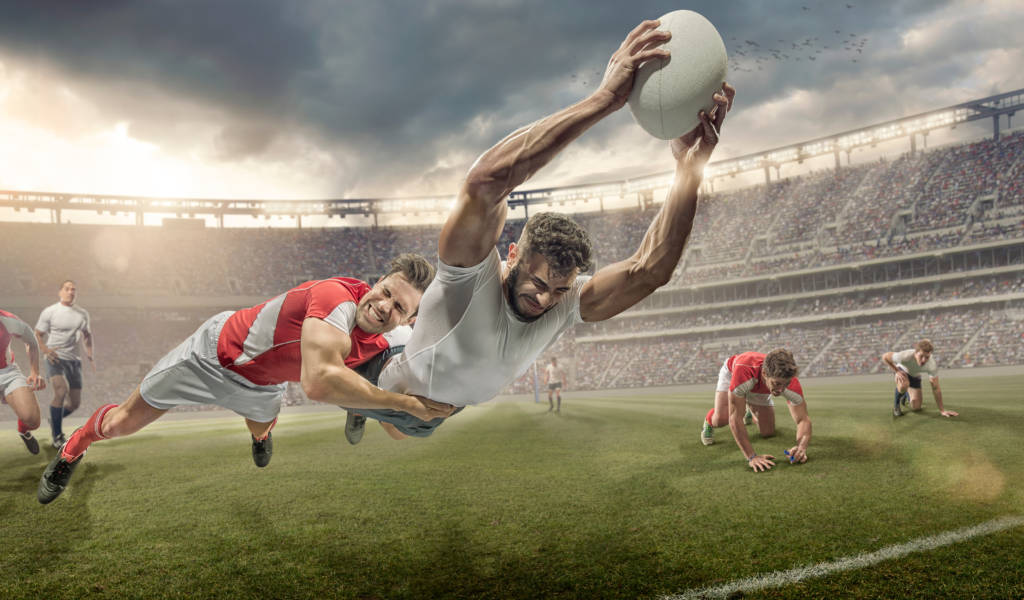 Pic: iStock.com/peepo
Sharing
We are yet to confirm the dates and details of this event.
Normally held in April, the Hong Kong Sevens has been rescheduled for November in 2022.

With a sold-out stadium every single year (2020 and 2021 excluded), the Hong Kong Sevens tournament is a legend, not only for its intense, energy-filled competition, but also the weeks of insane parties and events that surround it.

The premier event in the World Rugby Sevens Series competition, the Hong Kong Sevens is a three-day tournament held every April. Twenty-four teams from different countries battle it out at the Hong Kong Stadium in Causeway Bay.

Fans from all over the world fly to Hong Kong specifically for this famous sporting event. With more than 120,000 people in attendance, the Sevens truly lives up to its moniker of ‘Where the World Comes to Play’.

The tournament runs from Friday to Sunday, and the stands of the stadium transform into a carnival atmosphere, particularly the notorious South Stand, where super enthusiastic fans don crazy costumes, dance, cheer, and have way, way, way too many drinks. In fact, the saying goes that if you ever get bored of the stands, you can simply watch the rugby.

If you’re too late to get tickets, you can still watch the games and enjoy the part. Right opposite the stadium the sponsors set up the Sevens Village, with a large screen showing all the games for free. And at Lee Gardens in Causeway Bay, there’s a fan zone with large screen TVs, food, drink, and after game parties. And of course, you can bet that Lan Kwai Fong has rugby fever, with lots of after-game revelries going on all week long.

If you’re planning to visit Hong Kong specifically to see the Sevens, check out the list of travel agents that the Hong Kong Rugby Union has partnered with to sell the “Essential Sevens Travel package”, inclusive of flights, accommodation and, most importantly, tickets for all three fantastic days of the sevens.