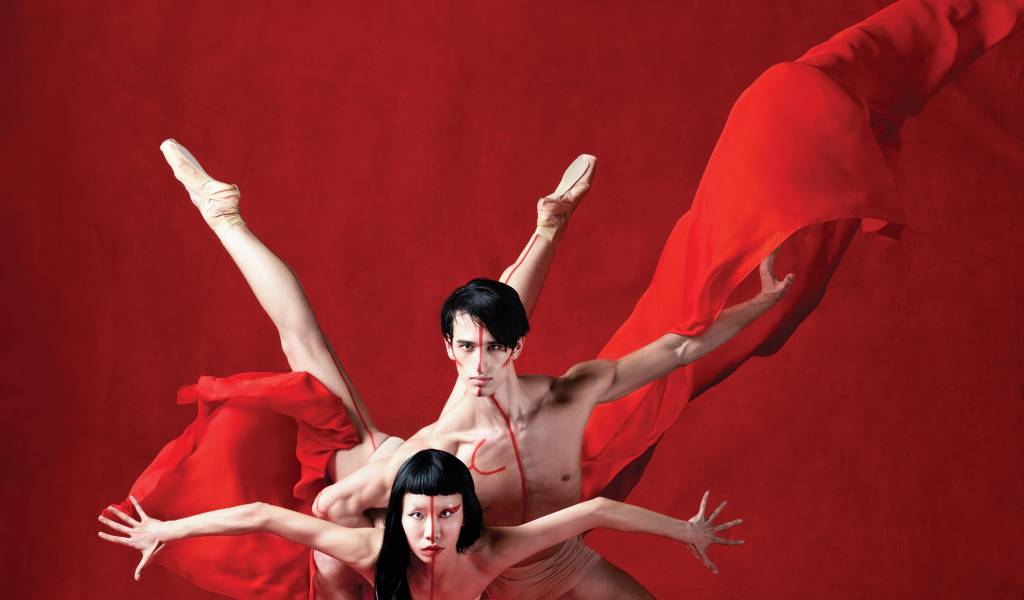 The Hong Kong Ballet, one of the premier ballet companies in Asia, is teaming up with the Hong Kong Philharmonic Orchestra for a historic triple-bill programme, featuring three exciting premiers.

The first is Wayne McGregor’s international sensation and award-winning production of Chroma, with an original soundtrack by Joby Talbot and energetic rhythms by world-famous rock band, The White Stripes.

Justin Peck’s The Year of the Rabbit is also making its premiere at this event, with awesome choreography which has earned Peck worldwide recognition. At just 30 years old, he holds the title of New York City Ballet Resident Choreographer, and brings his unique skills and creativity to this Hong Kong production.

The third is the world premiere of Stravinsky’s Rite of Spring, choreographed by Yuh Egami and Hu Song Wei Ricky. Famously, the Rite of Spring, when it was first performed in Paris, was so startling to the audience that it caused a riot in the theatre. While this is unlikely to happen here in Hong Kong, it will no doubt be an unforgettable evening of dance, music, and creativity.

The Hong Kong Ballet puts on a fabulous season of dance every year, with the 2019 lineup including the Asian premiere of The Great Gatsby, as well as The Nutcracker. This show, however, is a unique opportunity for visitors to see both the ballet and the Hong Kong Philharmonic Orchestra come together for The Rite of Spring.

The show takes place at the Grand Theatre of the Hong Kong Cultural Centre in Tsim Sha Tsui, and tickets will be available for sale at URBTIX from 29 March 2019. Prices range from HK$140.00 to HK$1,000.00 for the VIP Tickets, but with only four shows, best to get your tickets fast.